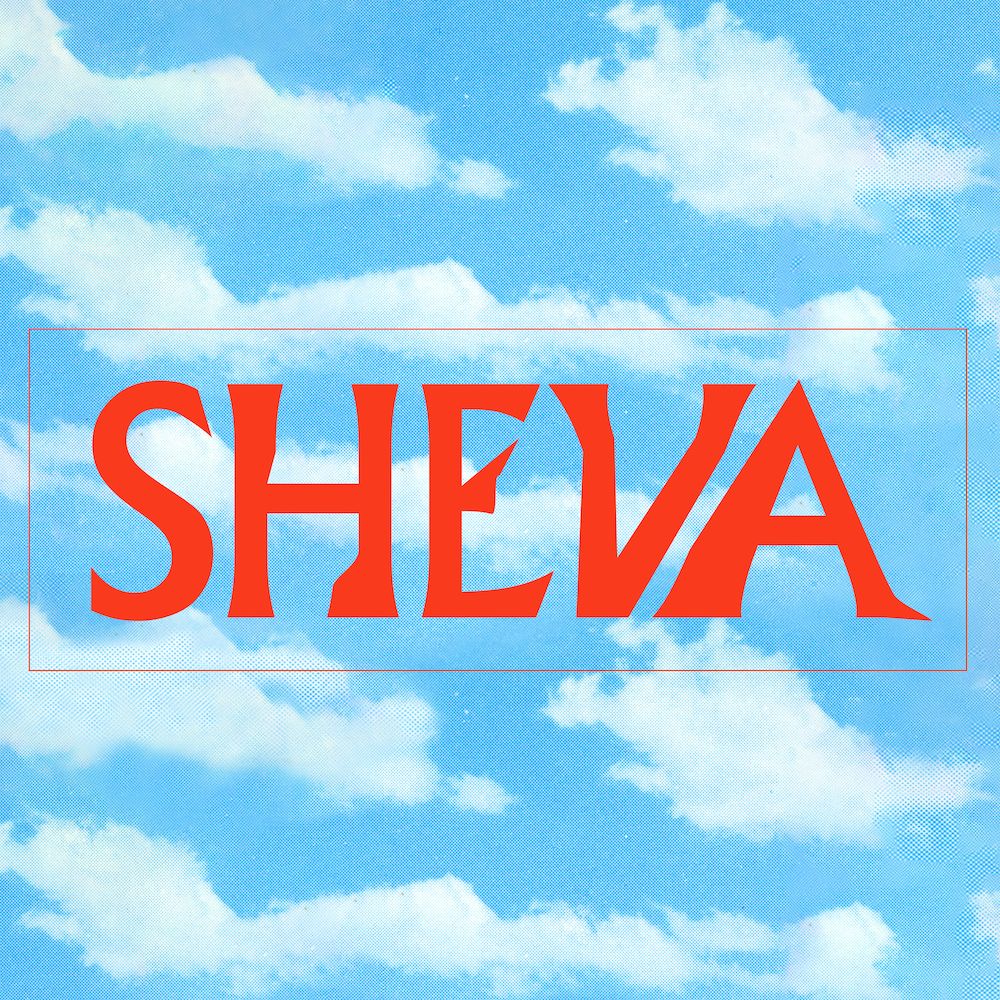 020 was supposed to be a year of joy in Malka Tuti, celebrating and commemorating 5 years of our existence.

After several celebratory dates and many plans were postponed due to coco-19 and its collateral damage, we have understood that the universe is trying to tell us something, and we’ve read it as SLOW DOWN!

After months of contemplation and excessive thoughts, we have come to the inevitable conclusion that 7 is simply a better number then 5. Therefore we are now celebrating 7 years of existence.

To share our festive mood, we are releasing a 2XLP compilation filled with goodies supplied by our close friends, and their friends.

For us, the Sheva (Seven in Hebrew) compilation represents a large chunk ofthe sonic spectrum that is the Malka Tuti multiverse to date. Whether its Red Axes’s dance floor punk, the tribal minimalistic psychedelia of Decha, the endless soundscapes of Vactrol Park, or the post-pop attitude of Xen and Shari Vari, one can hopefully notice that gentle thread weaving it
all together. That thread is Malka Tuti.

On the compilation you can find many unreleased remixes to tracks we’ve released on the label, from amazing artists such as Nicola Cruz, Phew, Khidja & Manfredas. Each Remix gives new life to our back catalogue’s feel.   In addition, Xen is also back on Malka Tuti with 2 new songs, Blue & Cats in collaboration with brother Yovav. Both songs were recorded in the winter of 2017 In Uhrwald Orange studios outside Düsseldorf, with comrade Sebastian Lee Philipp (of Die Wilde Jagd fame) on the mixing decks and engineering hat.

In addition to his collaboration with Xen, You can find Yovav In ace form here, contributing a mid tempo discoish banger like only he knows how.. Even more fun comes from Vactrol Park, our dear modular brothers, showing off their deeper than deep sonic aesthetics and minimalistic groovy rhythms on Seemingly Strange. We are also thrilled to welcome a dear friend Benedikt Frey to the family. Expect some banging stuff from him in the future on MT.

Last but definitely not least, Lithuanian superhero Manfredas is responsible for one of our favourite secret weapons of the last couple of years, an alternative remix to Shari Vari’s Dance Alone, never released before. This Remix is a trippy pop excursion to the sunnier side of things.

All tracks on the compilation were meticulously chosen throughout the past few years and slowly stitched together to comprise what is now SHEVA.

Red Axes - Take It Away 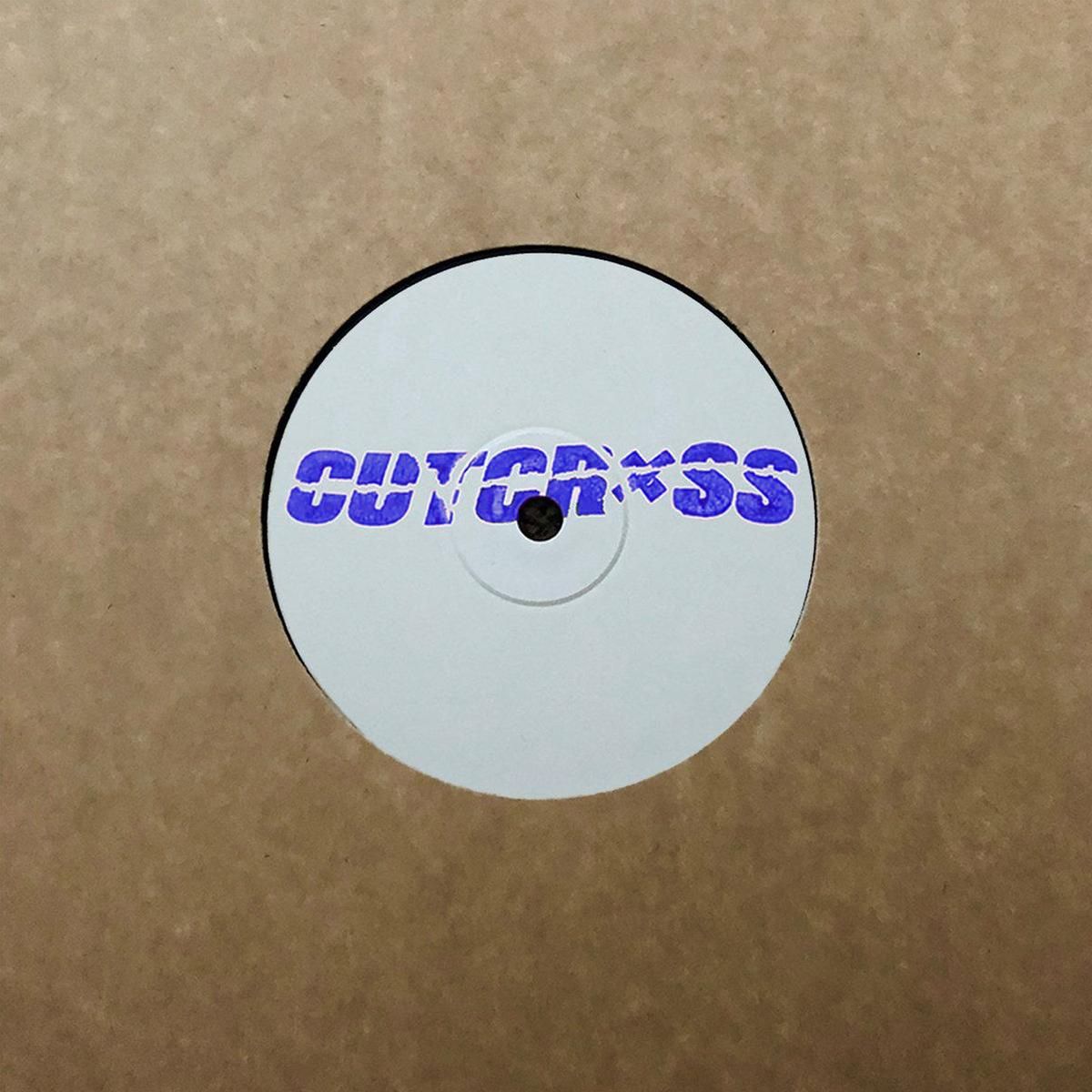 Introducing Cutcross, created to champion the melting pot of bass-centric sounds teetering around 140 bpm. Heading up the concept is Sicaria Sound, a DJ duo who since their inception set out to explore and expand on the possibilities of these sounds whilst spotlighting underground artists. Cutcross is therefore their next step in supporting the forward-thinking music that they've drawn for when curating sets.For CXT005 we've curated another compilation EP - "With The Sonant" - stitching together a collectively hazy set of tracks yet each with their own vocal deviations. Epoch's long coveted "2-Door Subaru" is the explosive opener, followed by two distinct approaches to trappier terrains via Woven Thorn's "Loveless" and "Try Me" by zns before descending into the dub-diving murky waters of Soukah's "Don't Care". 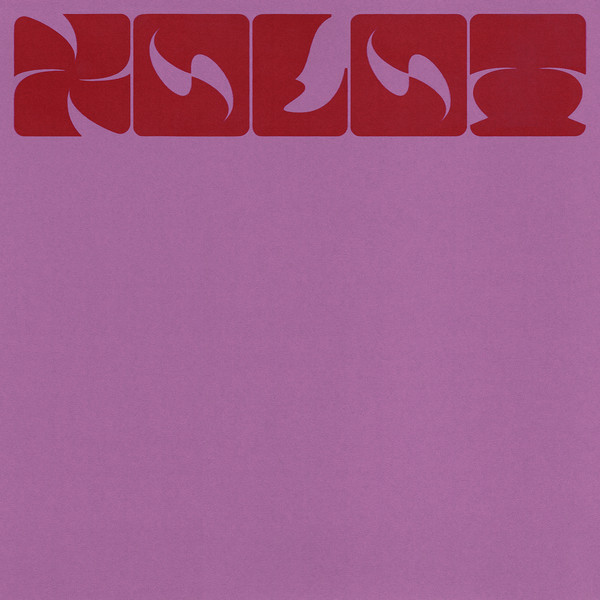 XOLOT is a mexican-french duo composed of Vica Pacheco and Apulati Bien, both sound and visual artists based in Brussels. They present on Promesses their debut release: 'XOLOT', an eponymous 6 track EP where Vica’s warm voices and neo-bolero flow melt with Apulati’s cold and evolutive beats. The result is 6 ovni songs somewhere between de-construct dancehall, minimal trip-hop and glacial R’n’B. XOLOT creates music in order to celebrate love, life and death. Their debut EP will be out on the 11th of June in digital and limited edition white vinyl (with a handmade silk-screened cover, designed by Eliott Grunewald). 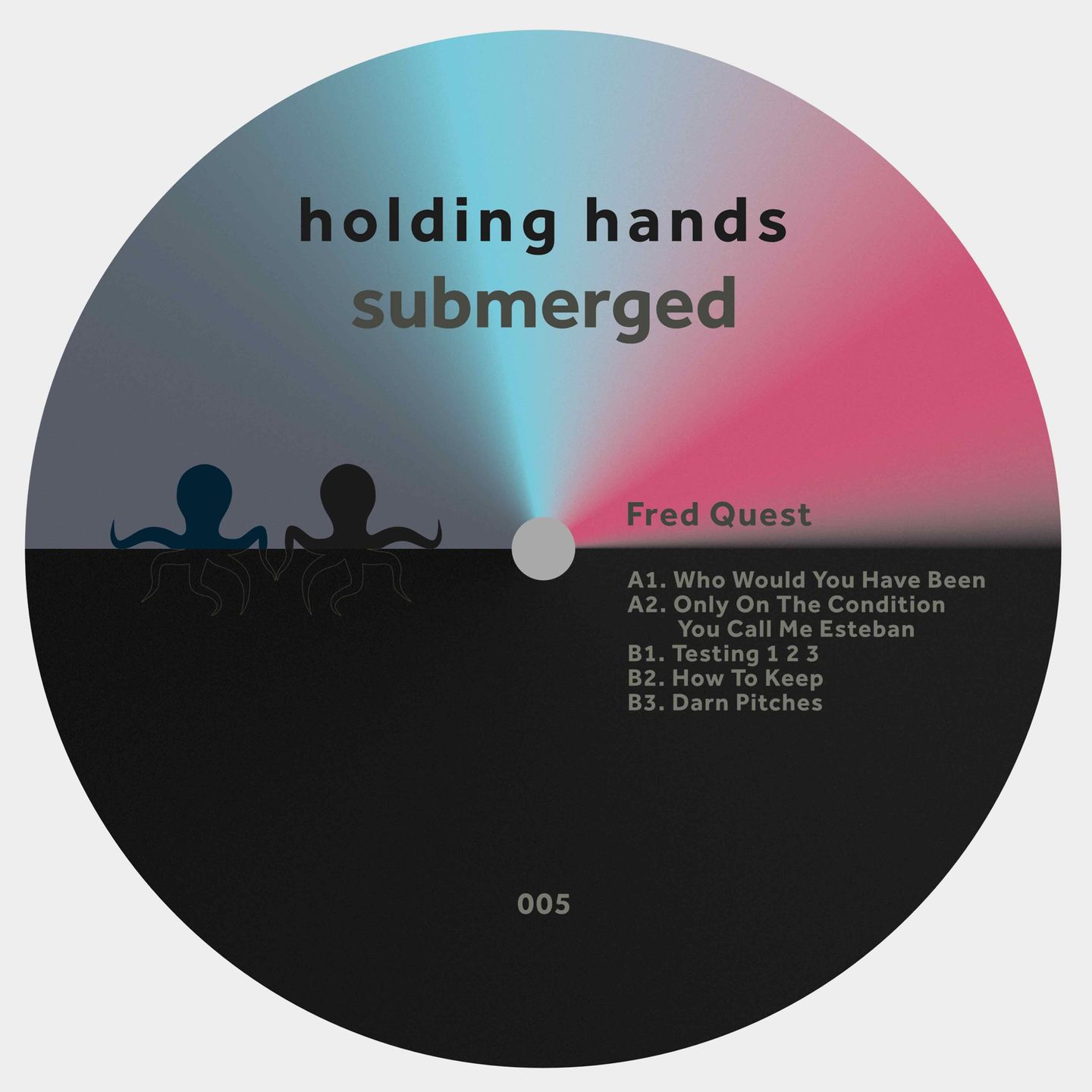 Who You Would Have Been EP…

When Fred sent me the demos for his first release I remember being compelled to shut off all the lights and listen to them in complete darkness at full volume. I’m not sure why his music makes me want to do that but when he sent me this next batch I found myself needing to repeat the same process.

Legendary UK dub techno pioneers Glyn 'Bigga' Bush and Richard Whittingham aka Rockers Hi-Fi, originally formed in 1992 in Birmingham. Rockers Hi-Fi gained a cult following in the early years of dub-techno and soundsystem culture with their psychedelic, bass-heavy blend of dub, house, techno, beats and drum & bass.Rockers Hi-Fi first met when Dick was putting on nights in Brum whilst working as a carpenter, after Glyn needed work doing on his house, the pair got chatting. One thing led to another and they eventually set up a studio in Glyn's living room, where the majority of the first Rockers Hi-Fi album was recorded. Following a signing at Island Records in '93, the pair expanded to a studio above a piano store in the centre of Birmingham.A lot of these tracks presented here were influenced by musical outfits like Mo Wax, Metalheadz, Shut Up & Dance, Scientist, and King Tubby. Glyn's and Dick's music also heavily sampled 90's hip-hop, and the classic New York house sound i.e. Kenny Dope, Bobby Konders, Nervous Records & Strictly Rhythm. Not forgetting the Birmingham Diskery, a record store where the pair found plenty inspiration amongst film soundtracks, spoken word LP's and other obscure records which became part of the Rockers sound.We're pleased to present a selection of tracks from their formative years, mainly encompassing the club ready, dancefloor centred part of their discography. This reissue LP includes a mixture of sought after bangers, as well as some lesser known tracks which people may not have heard. 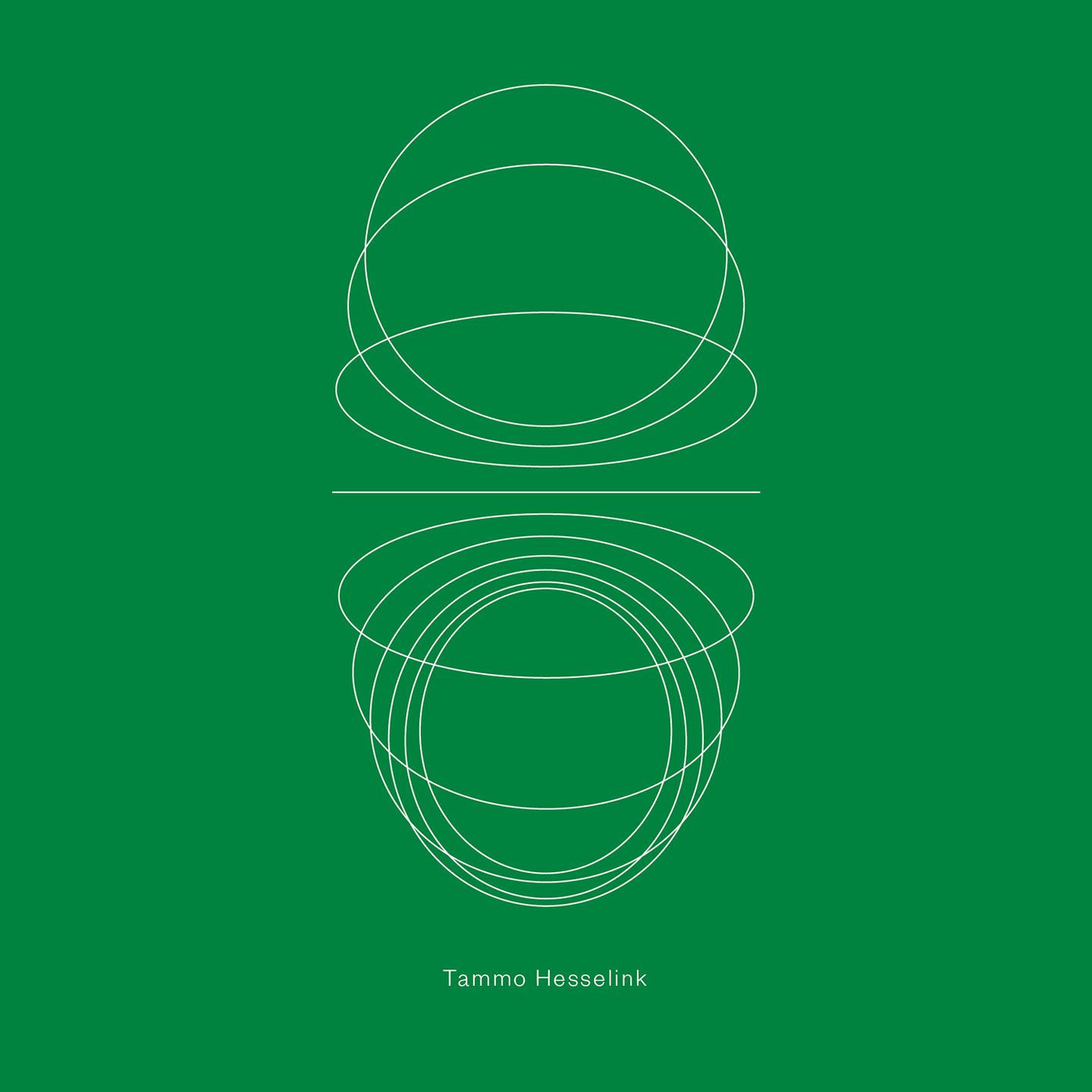 Matching microscopic detail and stark minimalism with a pervading warmth and open, natural flow, Tammo Hesselink shores up on Mantis with four refined and distinctive techno variations. Tammo operated under a number of different guises before, debuting as The Invariants via a self-steered series in 2014 before scattering a tangled web of projects across Nous'klaer Audio. On Mantis 07 he takes a granular approach to techno, using space as a vital ingredient to expose the fine detail in each rhythmic impression and passing texture. 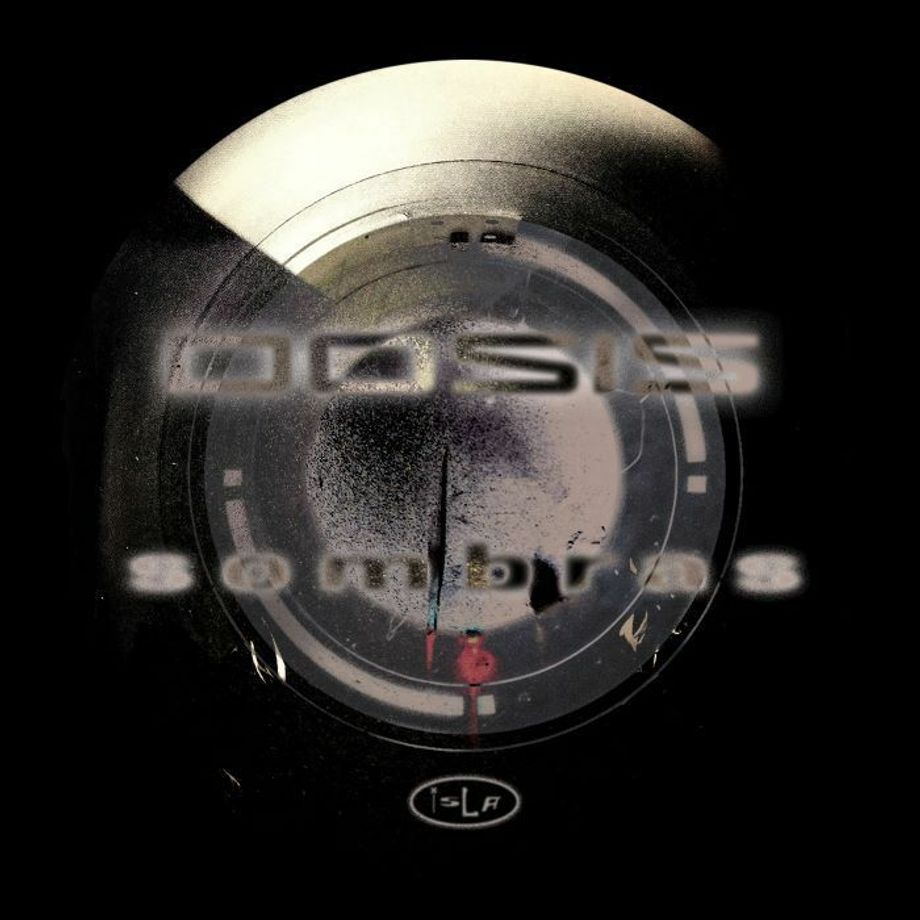 **All proceed of this record will go to AFRORACK, a Chicago audio arts organization dedicated to providing modular synthesis education for African American youth.** The enclosure of night promises freedom of another kind. Subterranean fantasies are consecrated in flesh. The voice calls and is answered by a beating pulse. They swell and break in rapturous cycles. On Sombras, Dosis operates from this intimate space, conjuring electroid visions rooted in techno, zynth-pop and nuova-beat.