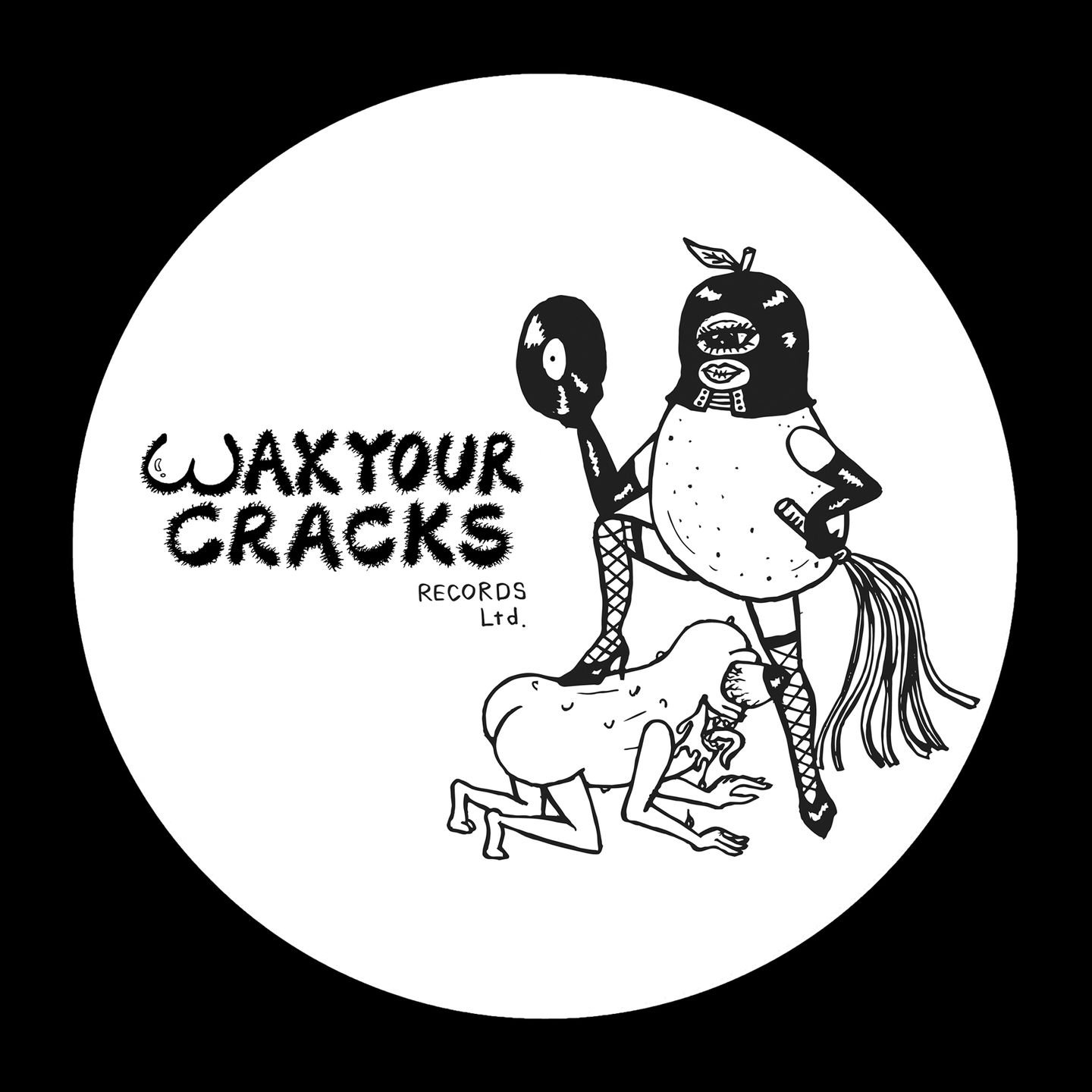 Wax Your Cracks presents its first release featuring the legendary Mystic Bill who transcends genres blending a mix of Italo disco, house, techno and acid into two mind-bending tracks that are as up-lifting as psychedelic. Limited to 400 copies. Vinyl only. 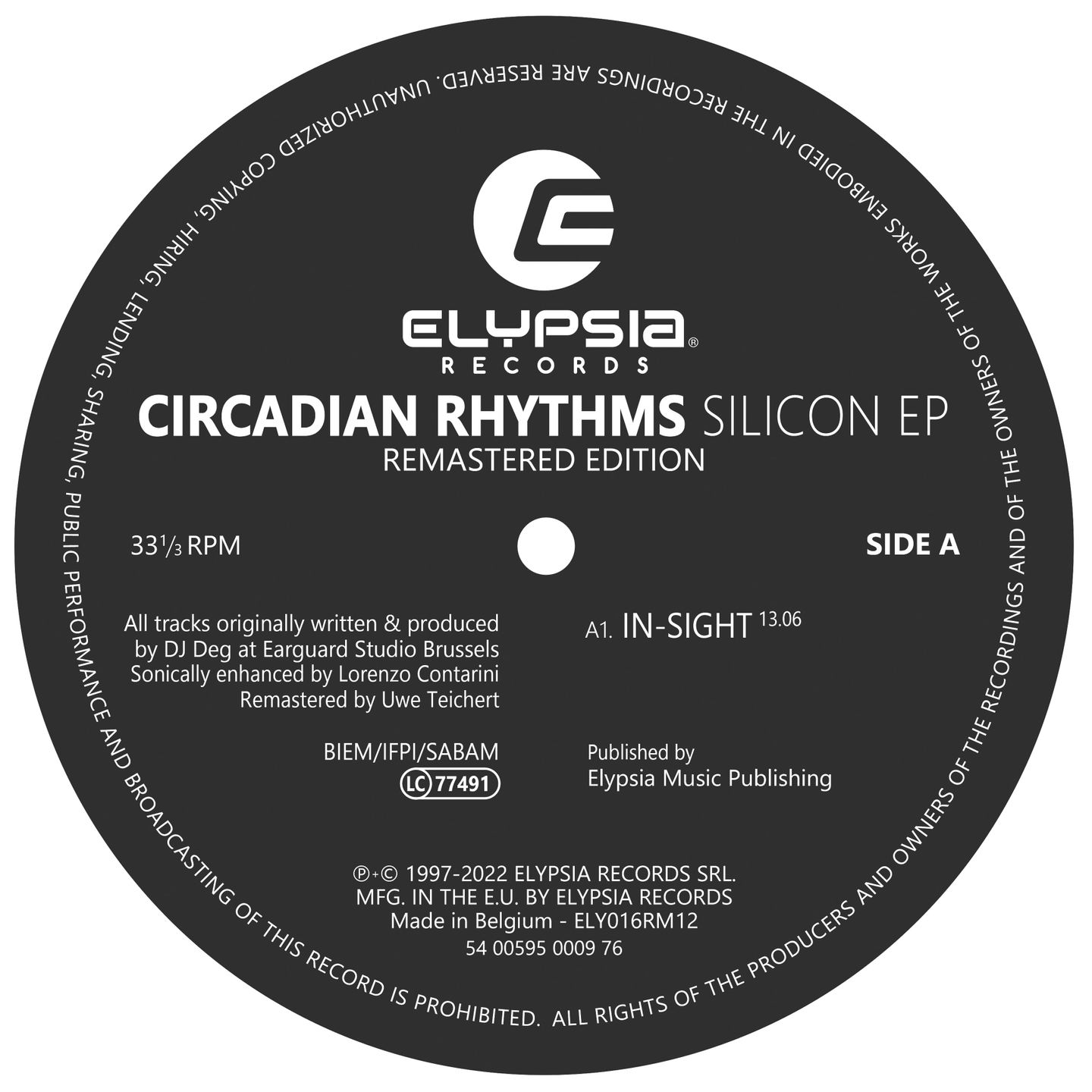 2022 remaster of Elypsia classic by Circadian Rythm aka DJ Deg. Adventurous 90's techno tracks from this resident dj from the legendary Fuse club in Brussels. In-Sight is an amazing track arranged in an epic 13 minutes including future jazz and Detroit techno. One Step and No More are timeless and classic 90's Detroit-inspired techno tracks. This title is probably one of the most demanded titles in the Elypsia catalog on Discogs, and now finally available again. 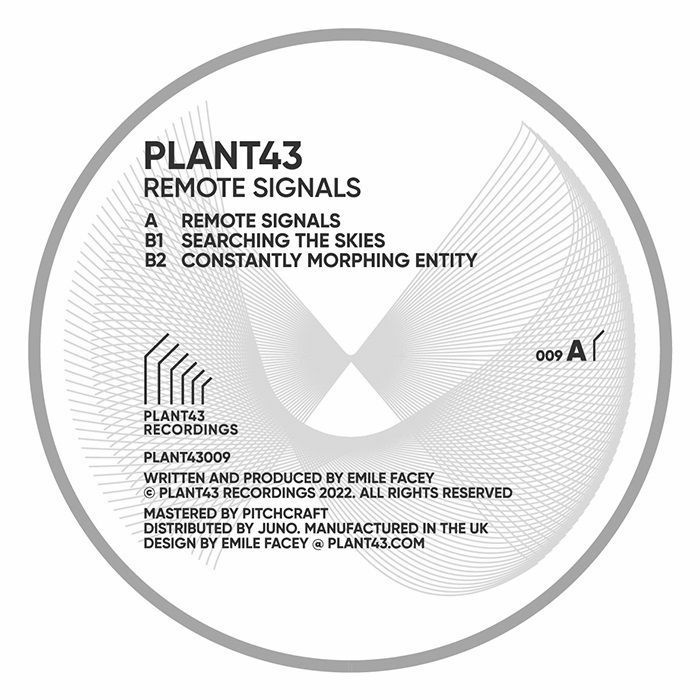 Anyone who has had even half an eye on the electro scene over the past decade will already be familiar with Emile Facey aka Plant43's unique sound, mixing an uncompromising approach to off kilter rhythms and machine-led funk with an emotive and powerful use of melody. This trio of ultra fresh tracks were penned for recent live shows in The Hague and Berlin and are brimming with the energy and excitement Facey felt on his return to the live circuit. 'Remote Signals' is led by a booming kick drum heavy enough to command any audience with Facey weaving ever more complex webs of melody around it. 'Searching The Skies' builds a mysterious atmosphere based around a call and response between characterful melodic elements while 'Constantly Morphing Entity' closes the EP with a flourish of forward moving beats and an SH101 bass line designed to move any dancefloor. 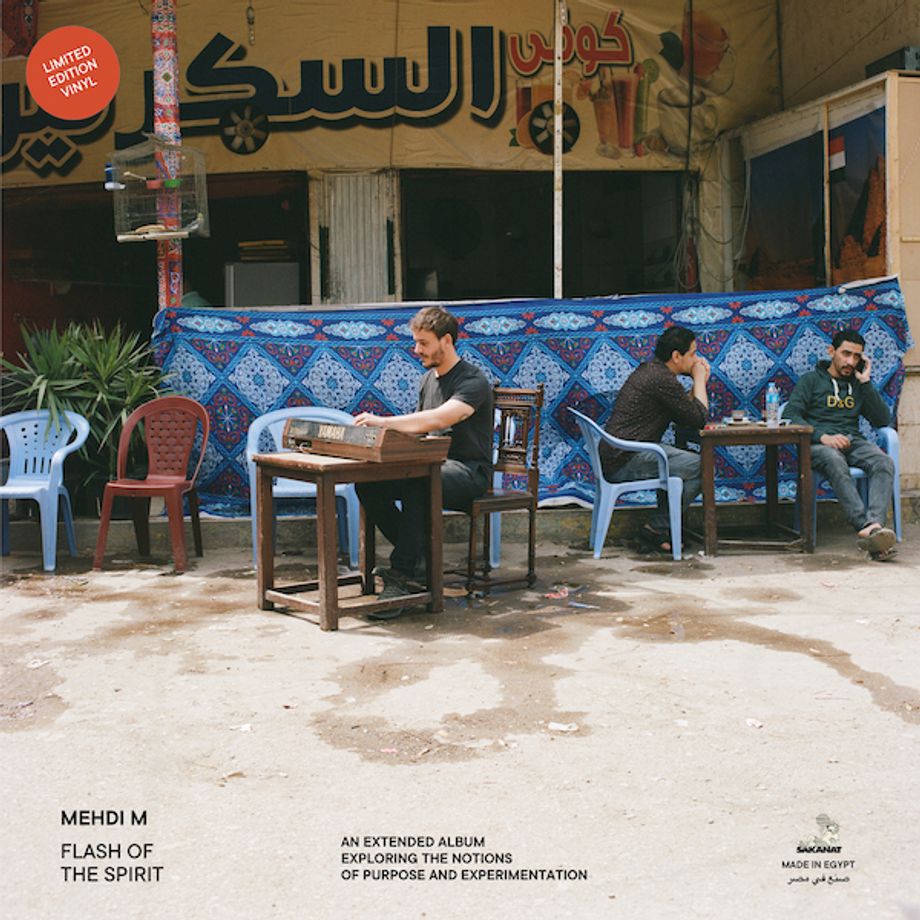 Flash Of The Spirit…

Mehdi M brings newfound expression to his debut eclectic album, folding richly harmonic elements into his cryptic palette of electronic sounds. The album is at its core a collection of influences through out the years exploring the artists journey after his international departure from Egypt. His work taps into an expressive dimension most importantly focusing on intimacy and uniqueness. 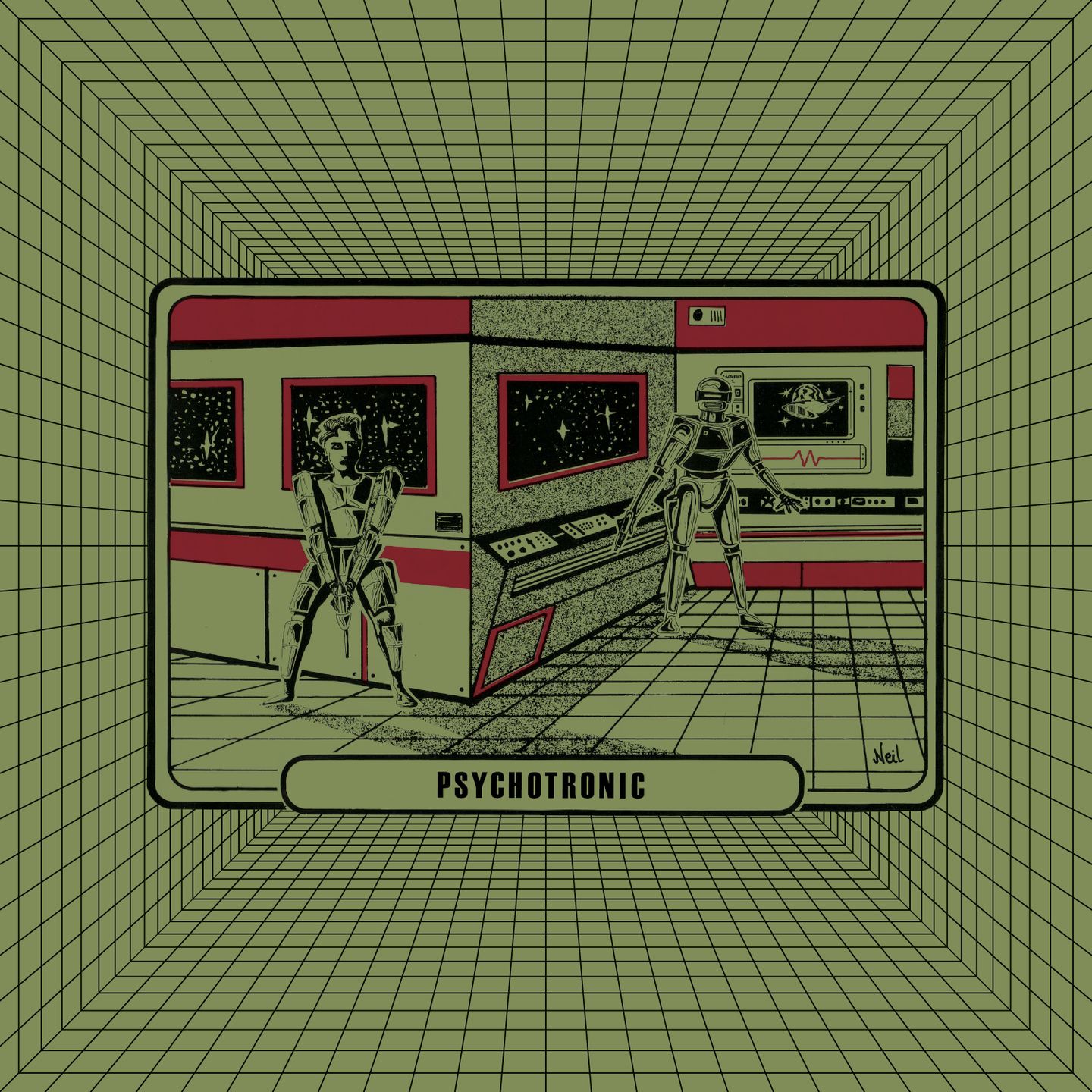 “The doors are where the windows should be, and the windows are where the doors should be”. If you had been in one of the more open minded all night raves in the early 90s you are likely more than familiar with Earth Leakage Trip’s ‘No Idea’.You could write several pages about the 'Psychotronic EP' and still not nail it as well as Discogs user covert_operative's description of 'urban, British psychedelic music.' The Acid House narrative is all about ecstasy, but for many, especially outside of London, there was a lot of LSD involved. Things were edgier, too, with parties in derelict, liminal spaces. By the time this record came out in 1991, the rave was properly diverging from its house music beginnings.The Psychotronic EP was the first release on the legendary Moving Shadow label. Its lead track 'No Idea' is both the perfect entry point to the catalogue and something of an outlier. Neil Sanford had been writing music for a few years before playing some demos to Rob Playford in his car outside a nightclub in Wood Green. Simon Carter got involved, and the pair went to Playford's studio to manifest the madness they'd been sketching with rudimentary gear.'No Idea's use of samples was wholly inspired and far more surreal than so many of the dark-side tracks that were to follow it. A friend of Neil's had given him a record called 'Happy Monsters' and the lead track, 'Adventures in the Land of Ooog,' lent the unforgettable children's vocals. Neil initially had his doubts. Had they gone too far? However, while working on the track, Rob Playford's girlfriend ran in shouting, "you HAVE to use that!" And so it came to be.As a footnote, the track did prove to be strong medicine, with at least one documented account of a promoter having to be talked down by his friends after hearing it when psychedelically altered.The Psychotronic EP is a truly visionary piece of work, standing poised on the edge of the rave's burgeoning future and entirely outside it. As such, it's never not been a cool record, as appealing to lysergic adventurers as it is to house heads, hardcore ravers, or experimental music pioneers. And it has now been lovingly reissued by Blank Mind, for which I'm eternally grateful, seeing as my copy is battered beyond belief. 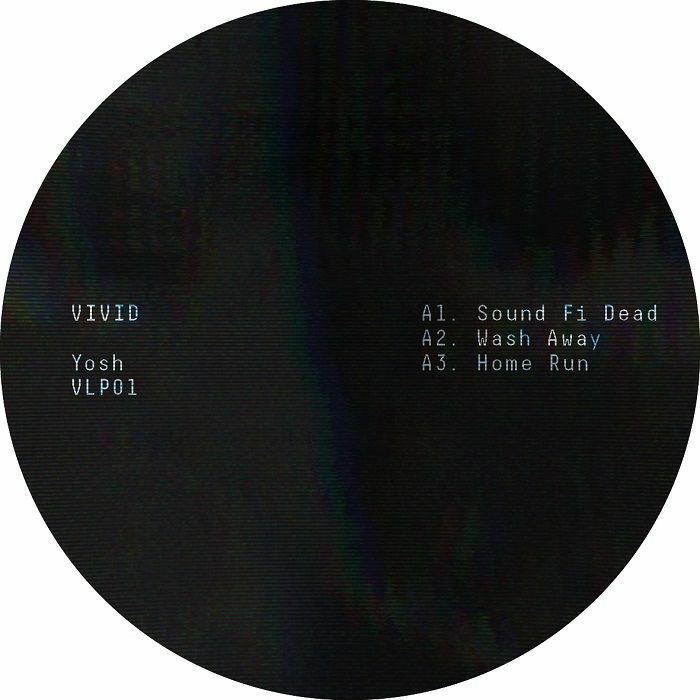 Since he first landed on our radar via Vivid a few years back, Yosh has dished out enough high grade garage and breakbeat gear to fuel the scene on his own. Not only a prolific producer, he's also got a razor sharp flair which edges him in front of a crowded scene, and now he's back to Vivid to show us exactly what he's about with a 12-track double-pack, his biggest release to date. In one sense you should know exactly what to expect - elevated steppers and deft rollers, but the fundamental appeal of Yosh is all those ear-snagging traits which make his tracks sparkle, and you never know what they're going to be until the needle's tracking in that groove. Now you can enjoy that sensation 12 times over - a good deal if ever we saw one. 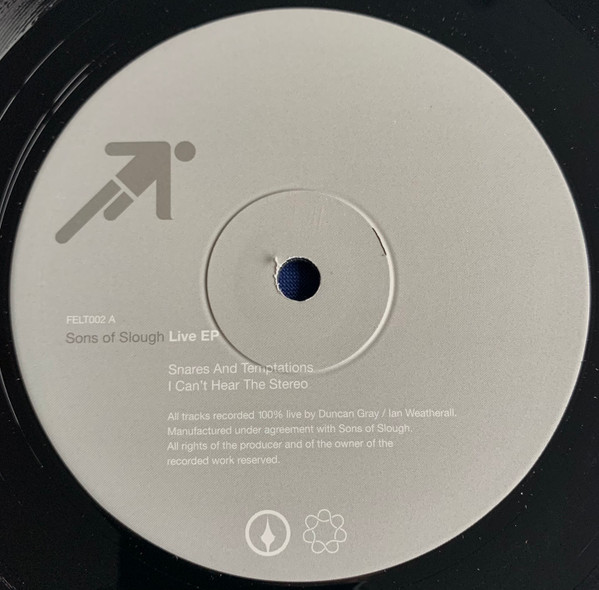 Emerging from the shadows with 2021s ‘Bring Me Sunshine’ album, electro duo Sons of Slough see their debut 12” back in print via Perko’s FELT label. A quiet highlight of turn of the millennium-era British dance music that takes cues from the New York and Detroit schools of thought, ‘Live EP’ is rough, heavy and proves just as effective on the dancefloor two decades later. The Sons played shows with Richie Hawtin, Two Lone Swordsmen, Dave Clarke, The Chemical Brothers and more, often performing (as the title might suggest) in a live context. Indeed, the A1 cut ‘Snares and Temptations’ was a regular fixture, reportedly taking the roof off the place at the first Dedbeat Weekender as well as some of the worlds ‘less congenial establishments’. It's a sharp, low-end laden assault on the senses making great use of a distorted vocal sample and Drexciyan-like drum programming. The other three cuts are equally as powerful, vocoders and 'squelchy messes of clicks and whirrs' aplenty. The second instalment of FELT, 'Live EP' hints at the stylistic breadth yet to come via Perko's newly christened aural lovechild.