Sancra
Shadows Fall Behind You 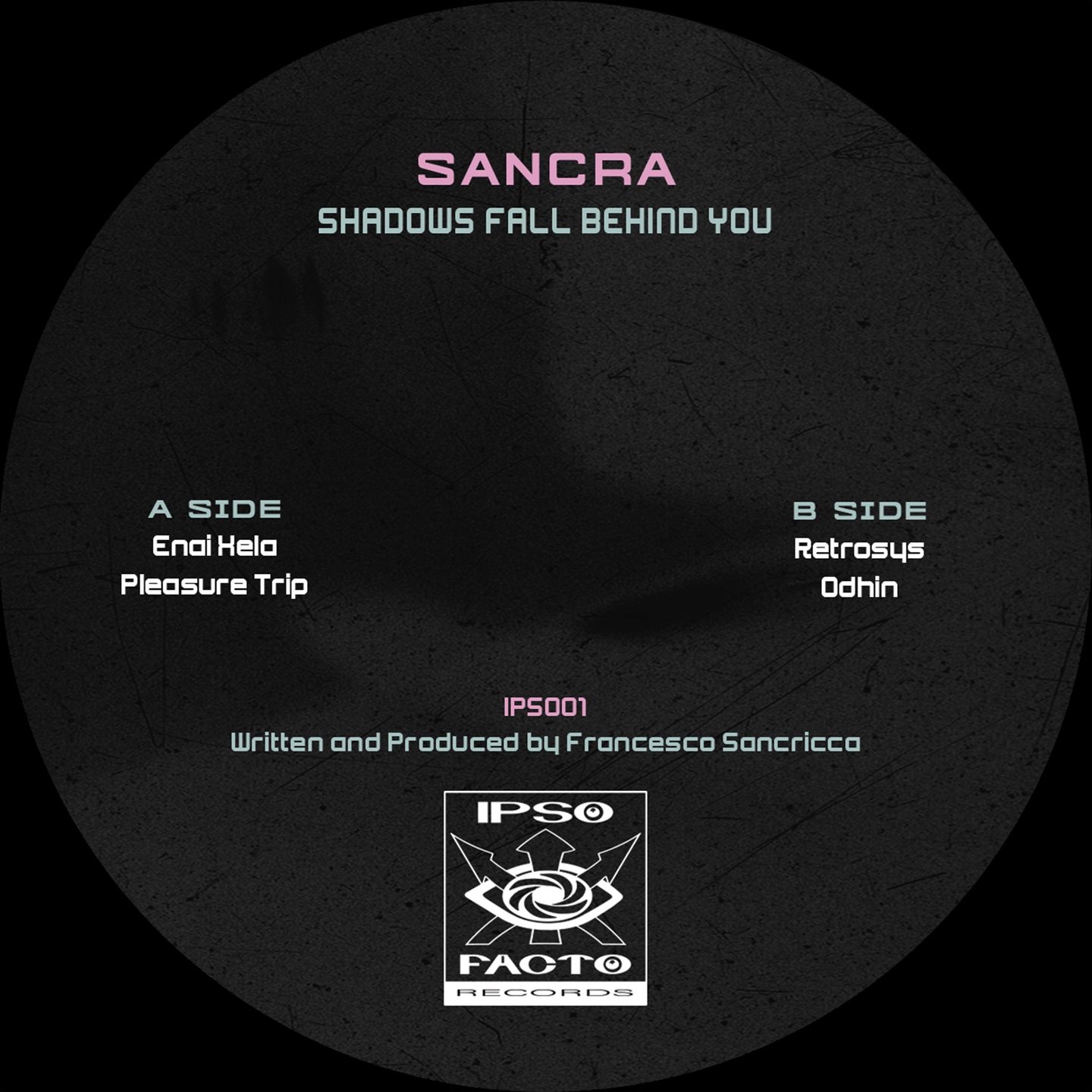 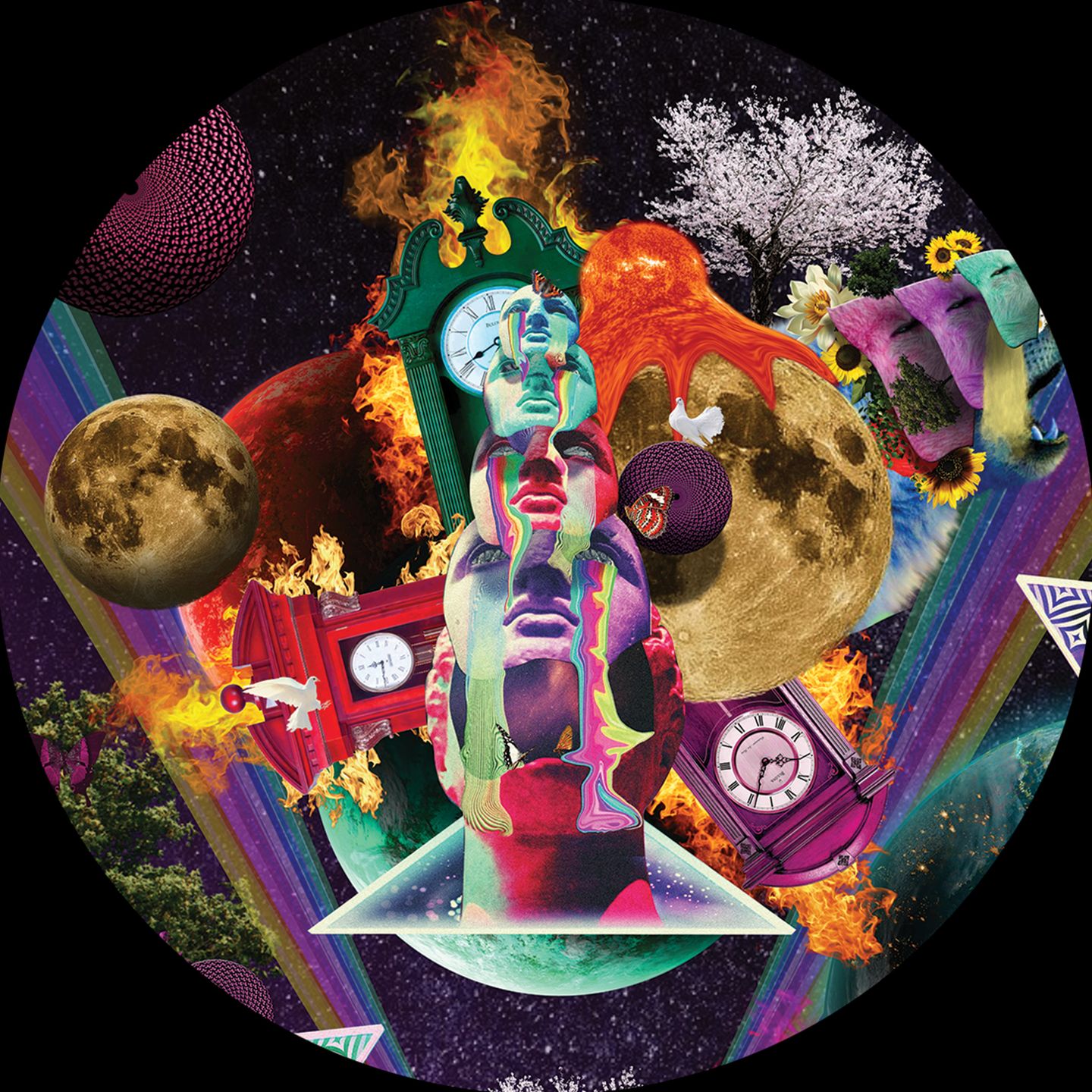 First release from the Italian composer Sancra on Ipso Facto. 4-track ep with different styles and emotions, composed in Rome (2021-2022).

First release from the Italian composer Sancra on Ipso Facto. 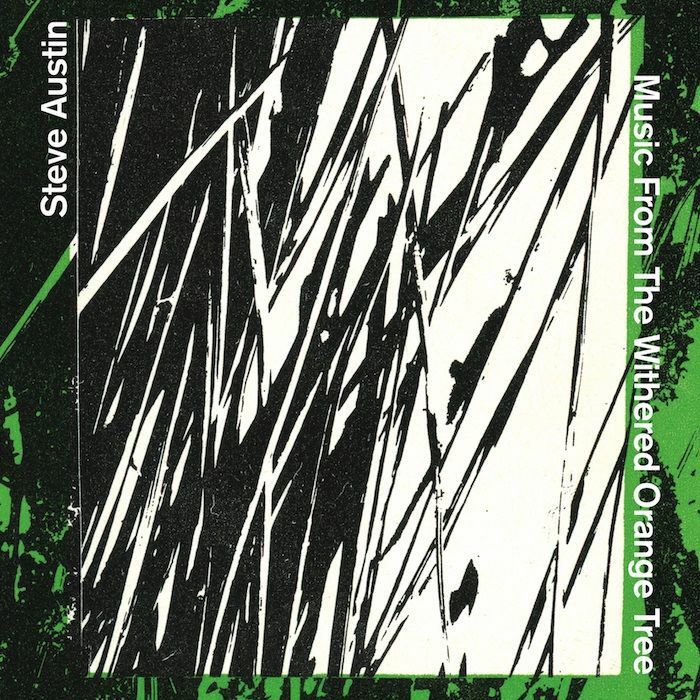 Music From The Withered Ora……

Originally released in the mid 80's on UK cassette label Bite Back!, this nearly lost gem finds new life 30 years later on Cocktail D'Amore Music. Steve has cobbled together a superbly melancholic electronic concept album. Wistful melodies often evoke sentiments of a lost childhood and hazy English mornings. Each song within remains untitled allowing full perceptive freedom as to what they all communicate, a language for the feelings that have no name. Untitled A1 - A6 leads one along intimate soundscapes of pattering drums and tinkering piano, a sense of closeness and trust develops with the introduction of each new idea much like the beginning of a bed time story. Untitled B1 - B3 then begin to breathe more openly awash in angelic colours before abruptly turning downward on B4, a wall of booming drums and atmospheres from the furthest reaches of the galaxy before the last trio of songs settles gently back on Earth. 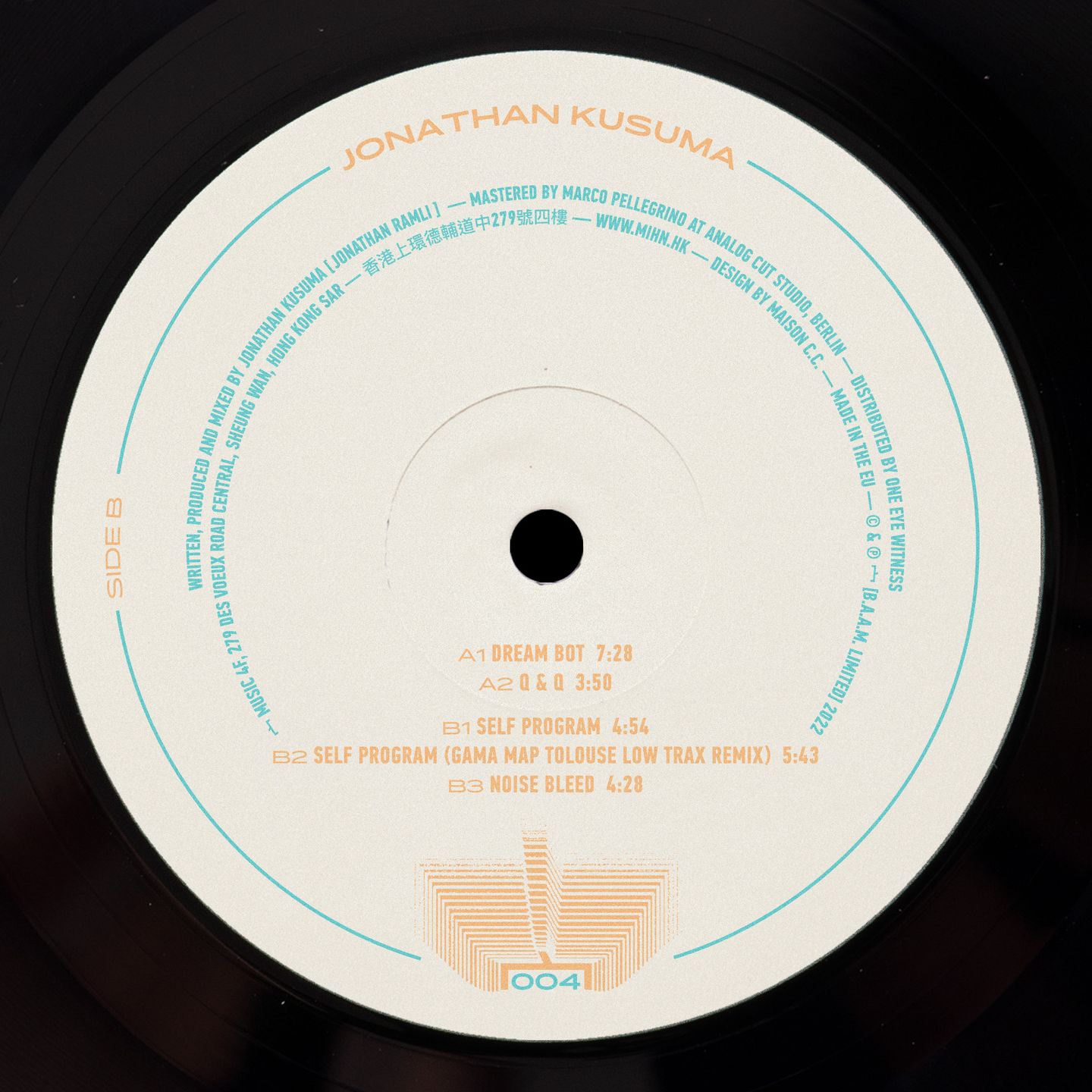 Jonathan Kusuma is no stranger to club music. He has played, produced and re-edited multiple works. This is what he excels at. But on Dream Bot, he wants his audience to discover a more introspective side of his. Raised in Indonesia, where rhythms are abound, be it from a folk song sung in a ceremony, a machine in a soul-crushing factory or a Boombox on the back of a bicycle, Jonathan’s ears are destined for a career absorbed in rhythm and sound.With 5 tracks of kaleidoscopic rhythms and introspective moods on Dream Bot, he is paying homage to his rich musical education and heritage. Layered percussive samples come to mind as well as the intricate interplay of gamelans and moody arpeggios. They both evoke their distinct mournful tunings. Dream Bot is a reminder of his roots and the beauty of the sounds on the Indonesian streets that have left many ears in awe. 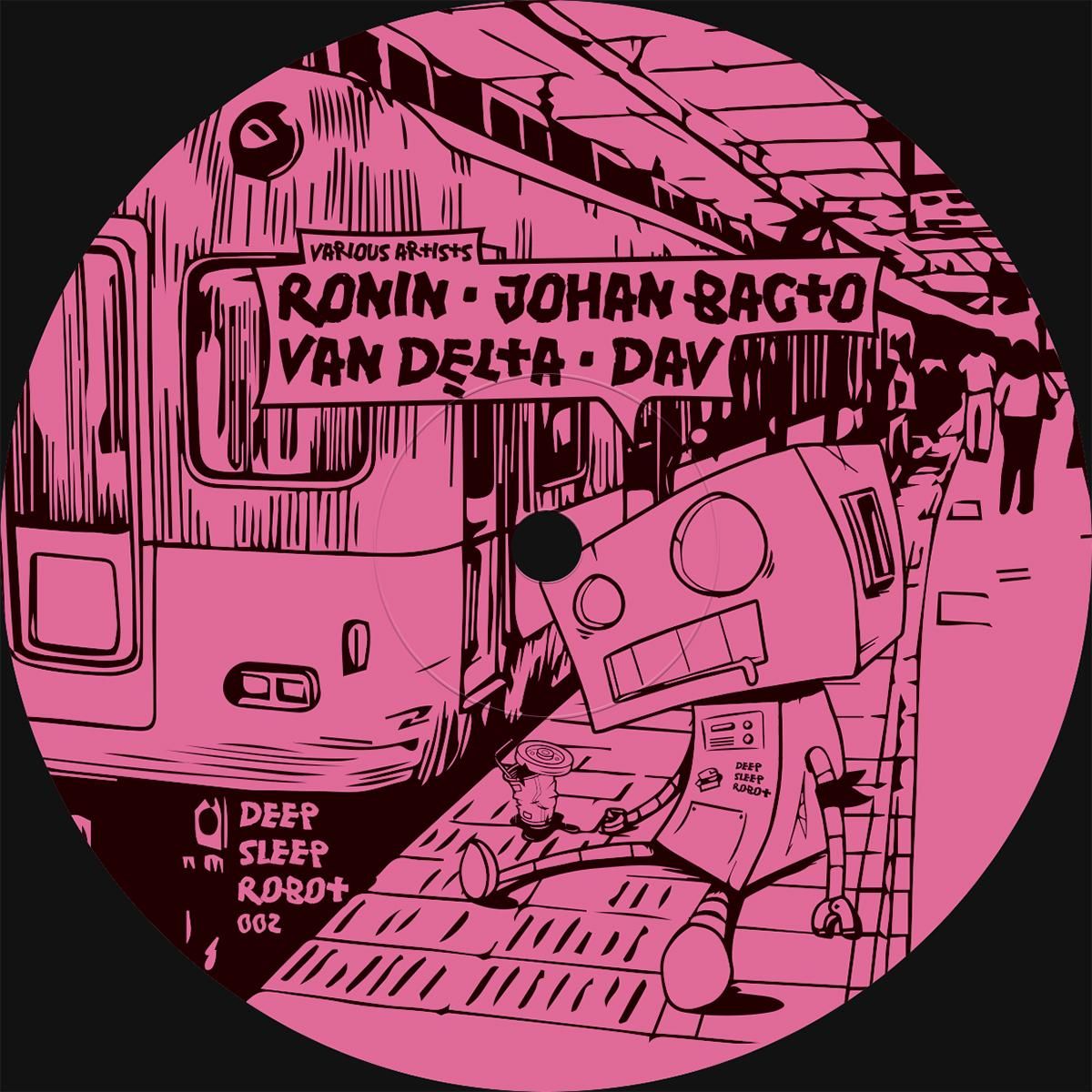 The A-side, Ronin (aka. J. Axel) the man behind several albums on PlackTown Sounds, Plastic City and Driftwood brings us "Mysterious City", classic Ronin sound here folks this being one of the first releases by the artist back in 1998. Followed by Swedish producer Johan Bacto (aka. Johan Svensson) responsible for labels such as PlackTown Sounds, Everyday, Mankind, Zync, Countdown 2000, with his "Takemountain" the combination of these creates the reunion of the tracks previously released 24 years ago, sounds just as fresh now as it did back then.The B-side Van Delta (Christopher Bleckmann & Hannes Wenner) a German duo in charge of EP's on Groove Attack Productions, M_Nus, Archipel, and Krush Grooves, gives us a nostalgic trip from 1999. "Adjust", with hypnotic keys and solid bass line building up the tension slowly but steadily creating the groove. The final track by Dav (aka. Davor Stosic) a Croatian artist B+Positive, Cove Recordings, and Sensei labels that regularly has been on Swag Records store shelves. "Flight", a fantastic example of late 90's tech-house. Hypnotic soundscape, variety of layers and a slow build up, giving the track an otherworldly feeling.All tracks were produced between the years of 1998 - 2003, timeless and rarer then rare. 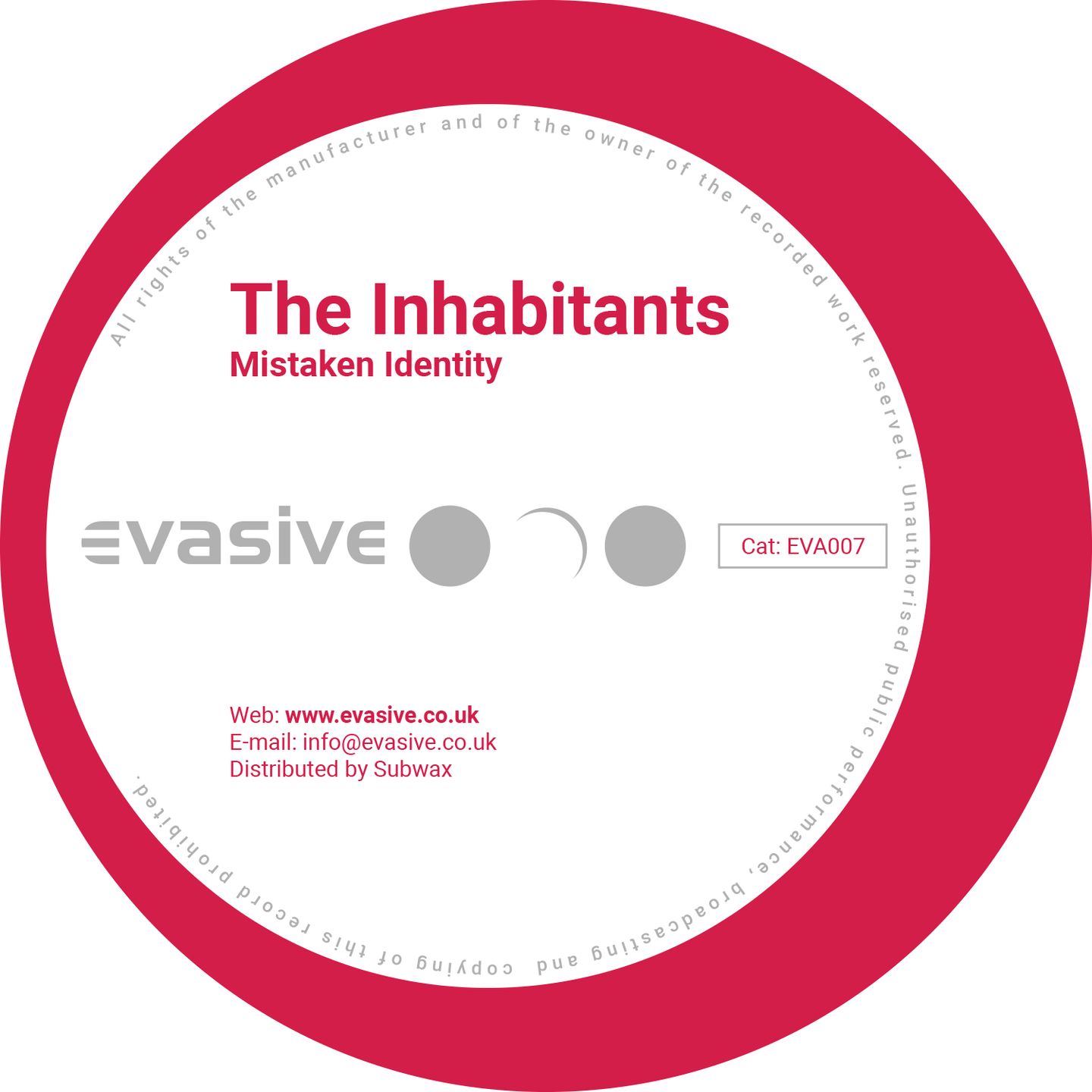 Evasive are back on track with this stylishly smooth three track 12", Mistaken Identity, Pursuit of Bliss and Restless are the first three offerings from The Inhabitants (Rob Pearson & Kate Smith). With this their debut release as a duo the pair deliver us some fat, futuristic, Detroit meets South London Tech House. Rob & Kate are currently in the studio working on more material so a follow up E.P is imminent.Originally released in 2002. 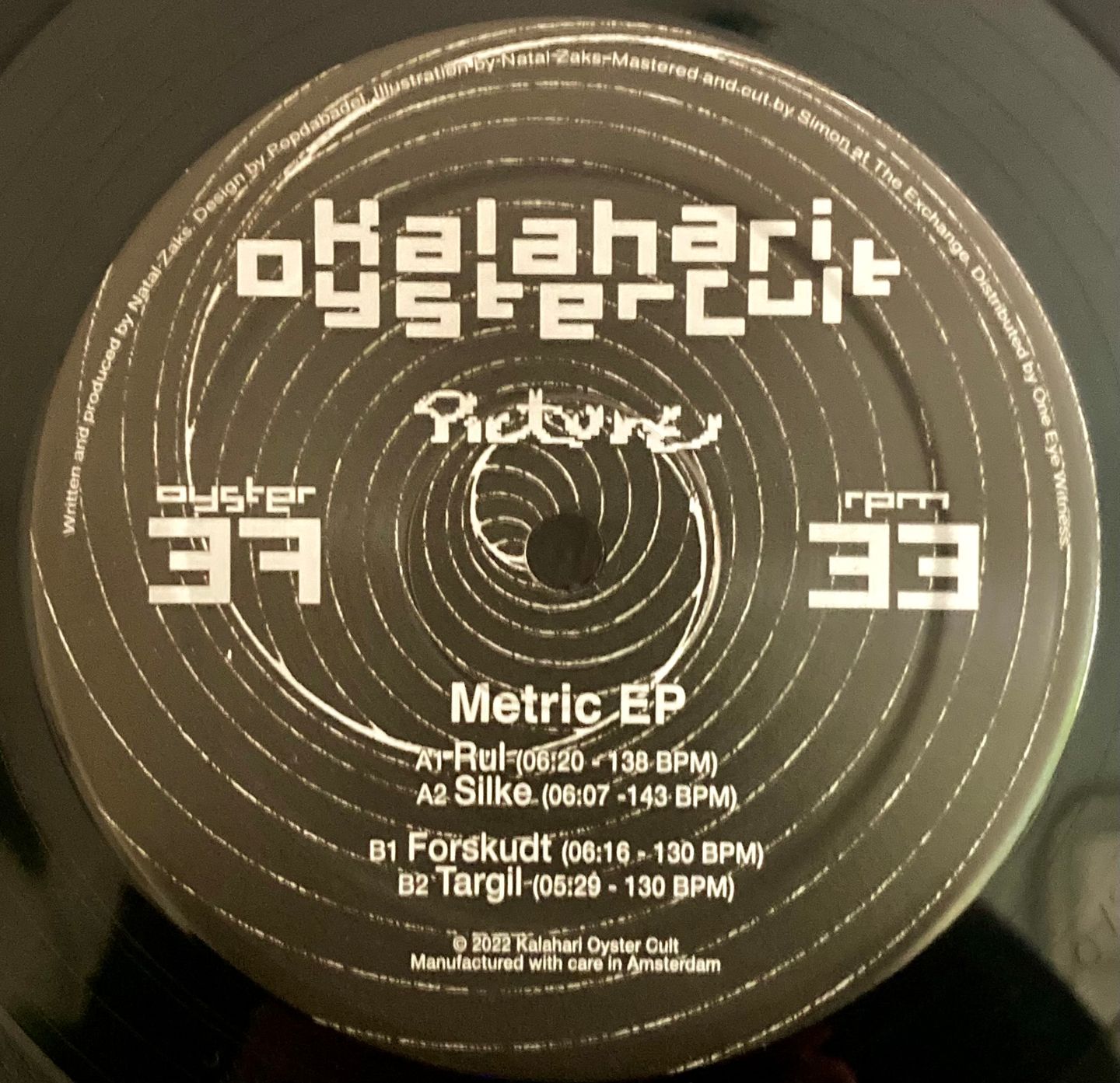 Having proactively set the pace of the Danish scene for the past few years under many guises and just as many records for an array of premium labels, Regelbau spearhead Natal Zaks alias Central, aka Picture this time around, joins the Kalahari Oyster Cult fold with a quartet of fresh-minded, bouncy joints taking the classic Aarhus vibes for a trip into further hypermodern melodic grounds. 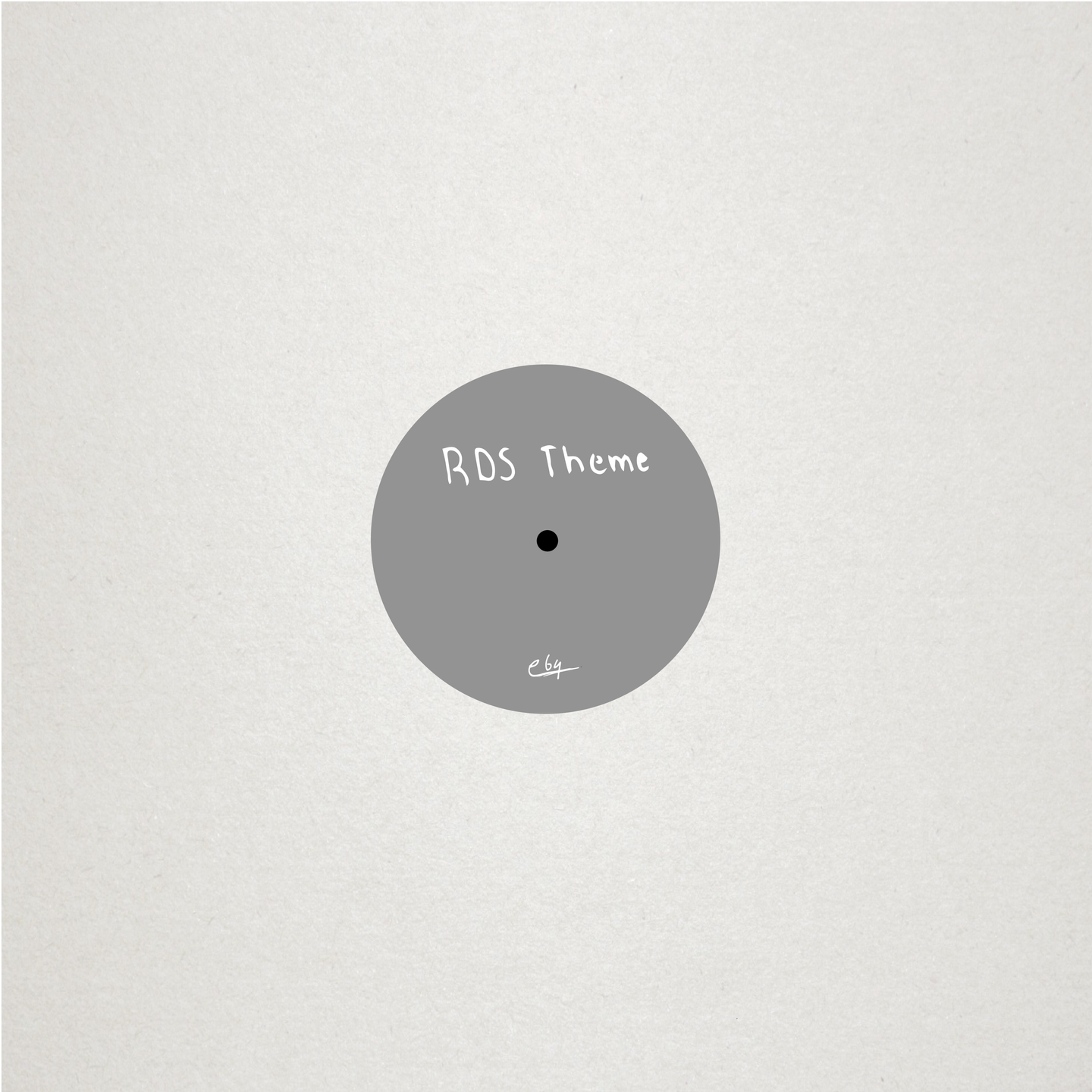 I feel honoured to finally present my first EP on de Lichting. All tracks except A1 were made during my COVID-19 quarantine between 8th-19th July 2021 on an EMU E64 and KORG MS2000. With the EP, I tried to cover most of the sounds that I regularly play during my DJ sets. Side A starts with two house cuts, ‘CAL01’ and ‘Emspacer’ inspired by some of my favourite house records, and ends with the electro title track ‘RDS THEME’. Side B, starts with the minimal-ish ‘Substance’, followed by two Ambient Techno/IDM cuts ‘Trapswet’ and ‘Cwejfx’. Personally, I feel that the tracklist reflects the process of being isolated, which on the one hand, enabled me to (finally) work on music without being distracted, and on the other hand, got me into a melancholic mood over time’.