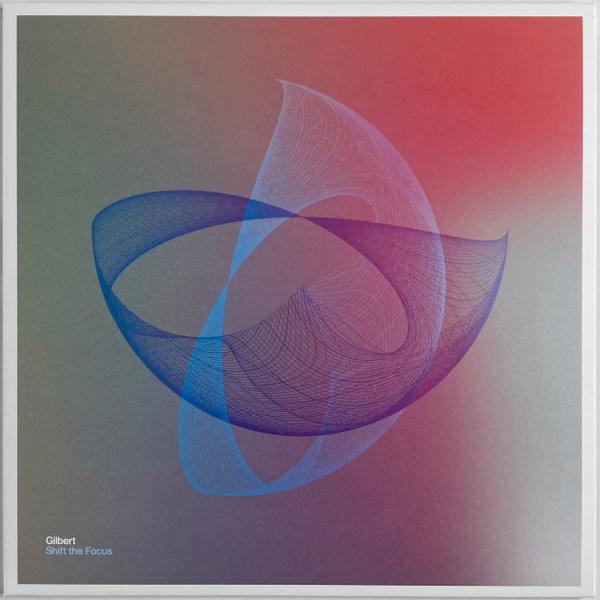 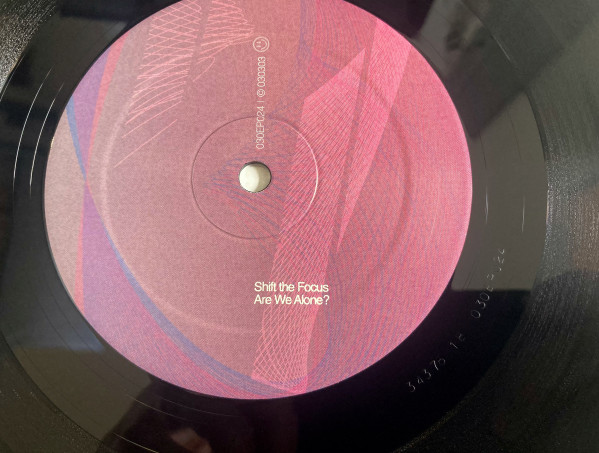 Bristol based producer Gilbert steps into the time machine.

With this wonderful EP that sonically and spiritually connects to the early works of Warp pioneers such as B12, LFO and Speedy J. First track Ylem starts with a strong kick but is nevertheless a subtle builder that directs you straight to deep space. Shift the Focus, the opener on the flip, may well be the EP's most suitable track for the (dreamy) dance floor - the cut's dense melodies and subtle 303 flavours work well with Gilbert's rhythm section and would slowly but surely draw you into a psychedelic swamp when played in a club. The tracks Lucid Dream and Are We Alone are even a bit more otherworldly and fitted for an armchair listen. A big tip for anyone into layered, mind bending UK techno! 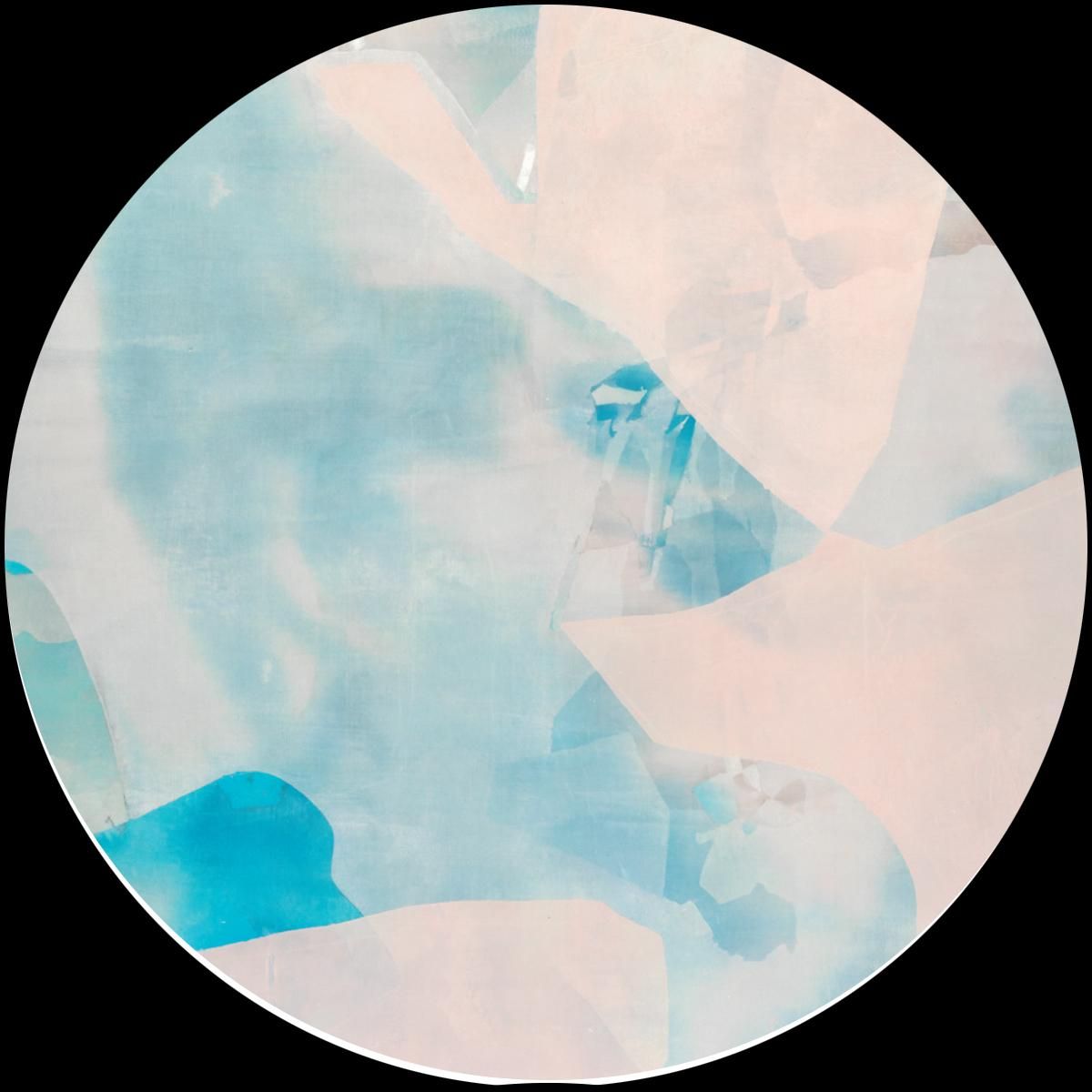 Sweden's Kvalia Records, an all-vinyl affair, continues on its path towards becoming a key player in delivering deep, psychedelic techno. For its 5th edition the label invites Psyk and Anthony Linell to join forces. "About Time" consists of two smooth, melancholic originals by Psyk and one pumping, icy remix signed Anthony Linell. 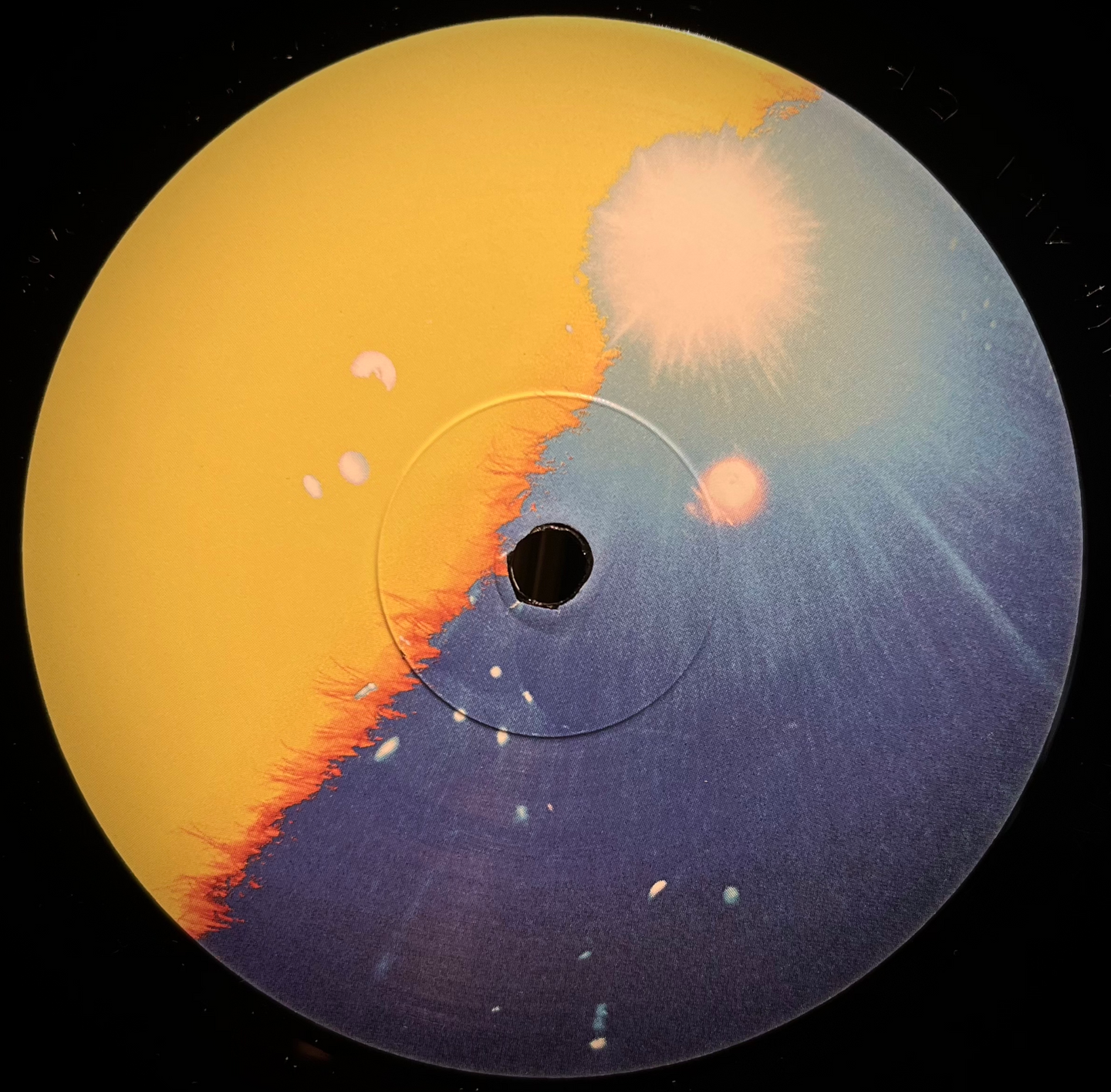 Day By Day 008 features Ukrainan producer Lakiwan. We are excited to present his first vinyl release which showcases a driving blend of acid, electro breaks, techno, trance and goa/psytrance. This EP will keep your record bag nice and juicy! With a plethora of unreleased tunes, it was tough to choose only four tracks, but we believe these four cuts will rock the dance floors for years to come! 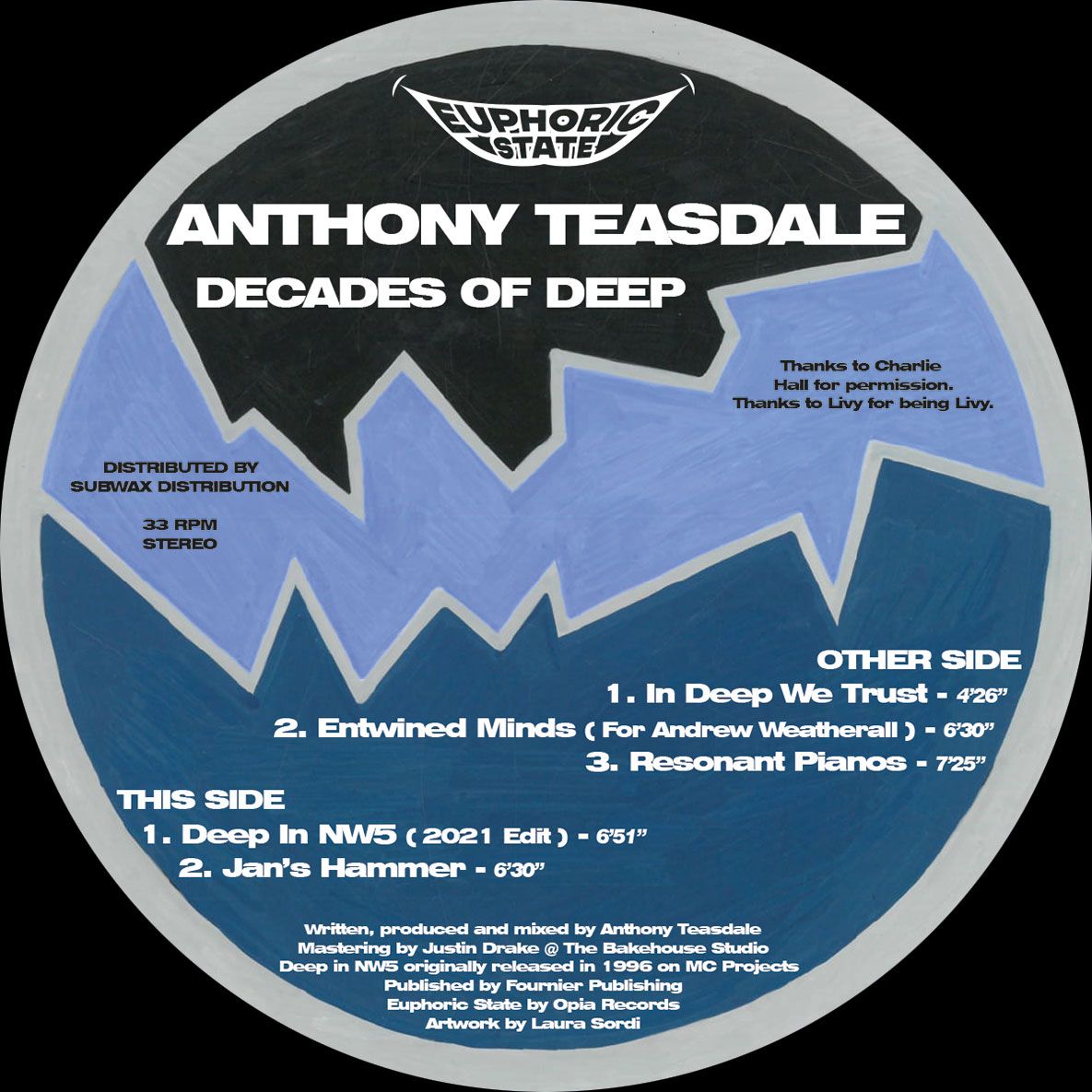 When it came out in 1996, Anthony Teasdale’s ‘Deep In NW5’ was regarded as one of the key records of the UK deep house scene. Since then, it’s become an acknowledged classic on the MC Projects label.Now it’s back – as part of a five-track EP of deep house and electro – that shows Teasdale’s knack for melody and dancefloor sophistication is as strong as ever.The new edit of ‘Deep In NW5’ keeps every element of the original but shortens the running time a little, and adds punchier drums more suited to today’s clubs.The second track, ‘Jan’s Hammer’, is influenced by the electro records Teasdale loved as a kid and the theme music of ’80s cop shows. Fans of Miami Vice – and ‘Crockett’s Theme’ in particular – will get the reference in the title.Flip over for ‘In Deep We Trust’, which mixes gentle, Rhodes piano melodies with punchy four-to-the-floor beats. Imagine Mr Fingers working with Boards Of Canada, and you’ll get the idea.The next tune, ‘Entwined Minds’, holds a special place for Teasdale. A tribute to Andrew Weatherall (who Tony remixed in 1997), it’s a slice of dancefloor electro-house with a gorgeous string breakdown. And when those 808 drums kick back in, it bangs!Finally, ‘Resonant Pianos’: another deep-houser, this time made up of rumbling classical piano and haunting orchestration: the perfect way to finish off this most accomplished of EPs.Teasdale says: “I’d always wanted to make an EP on which every tune is brilliant – and you change your mind on which one’s your favourite. I also like to give people value for money: the five different tunes here, all of which I’m proud of, represent that.” 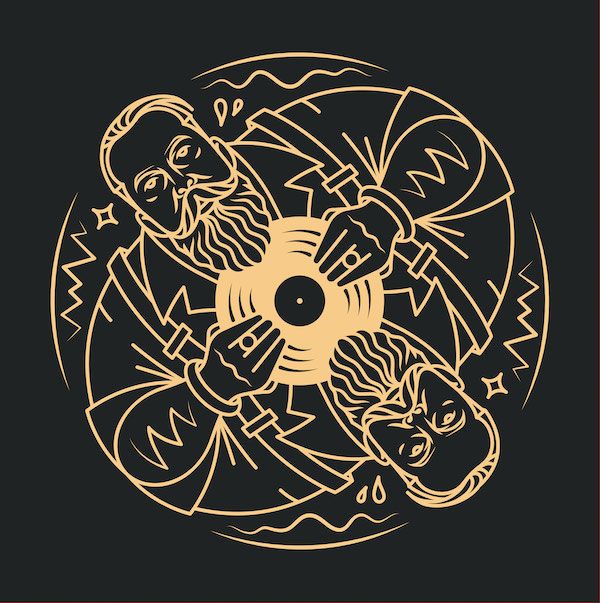 DISDAT returns with its 5th release, dedicated to a true pioneer that has shaped electronic music culture as we know it today, Andrew Weatherall. There is not much to say that has not already been said about the Governor, so we will just give our respects and let his music do the talking.During the final years of his journey, Andrew made an unforgettable impact on the ReSolute dancefloors with his all night long sets expanding beyond 8 hours. Really embracing the ethos of the New York underground during these visits, he left behind a gift, that we are humbly sharing with the world.For Vol. V Part 2, the NYC based label decided to invite the minimal master Ricardo Villalobos with a marathon sized remix on B-Side. 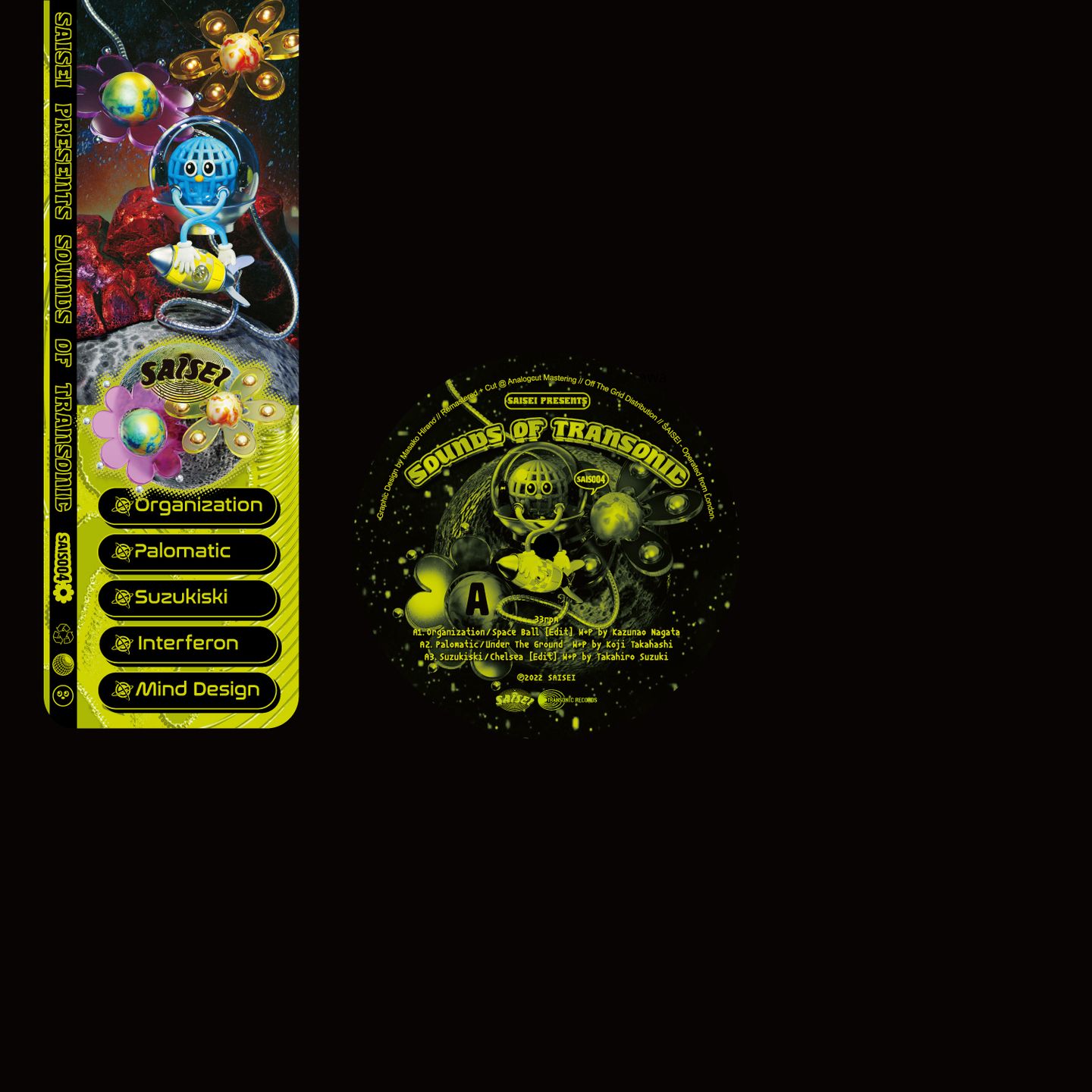 SAISEI founder Junki Inoue continues his vital archival work uncovering the riches of Japan’s distinctive electronic music scene and bringing them to new audiences around the world. The Sounds Of Transonic compiles six tracks recorded in Tokyo between 1991 and 1995 and released by the pioneering Transonic label, founded in 1994 by Kazunao Nagata and active until 2004.Transonic’s catalogue is a glittering roll call of the scene’s major players, whose inventive and genre-blending work established forward-thinking house and techno in Japan in a way that would shape the country’s electronic sound for years to come. Transonic was instrumental in giving exposure to the work of these artists with its emblematic series of CD compilations, released over a short couple of years in the mid 90s. Beginning with 970-1450km/h, Feedback and Range, the series also included The Roots Of Transonic, featuring music from parent label Trigger. Alongside these compilations came much sought-after solo albums each packaged with striking cover art that makes the discs a visual treat for collectors to this day.The Sounds Of Transonic brings together six tracks from the catalogue into one breath-taking package. The influence of hi-tech jazz and machine funk from Detroit is undeniable in ‘Dream Trance’ (Mind Design) and ‘Blasting Soul’ (Interferon), while ‘Under The Ground’ (Palomatic) and ‘Chelsea’ (Suzukiski) are permeated by the artificial intelligence and trip hop emanating from the UK at the time. The compilation is bookended by two tracks by Nagata himself (as Organization): ‘Space Ball’, a Model 500-worthy chase through the cosmos, and ‘Call’, an eerie echo of Kraftwerk’s telephone, transmitting expectantly out into the void and, finally, receiving its celestial answer.With The Sounds Of Transonic these formative pieces of music will now be available internationally and, for the first time, on vinyl.SAISEI is a Japanese word which translates to ‘reproduction’ and ‘to play’ (as in playing records). Japanese culture is widely known for its traditional nature just as much as it is for being forward into the future and this label’s concept does justice to exactly that. Having started digging for records as early as 16 years old, Inoue delved into productions from 1990s Japan to uncover these native gems. SAISEI’s core concept is to recapture and reintroduce unique pieces of Japanese electronic music onto vinyl, to an audience it never reached before as most of this music was only released in Japan. 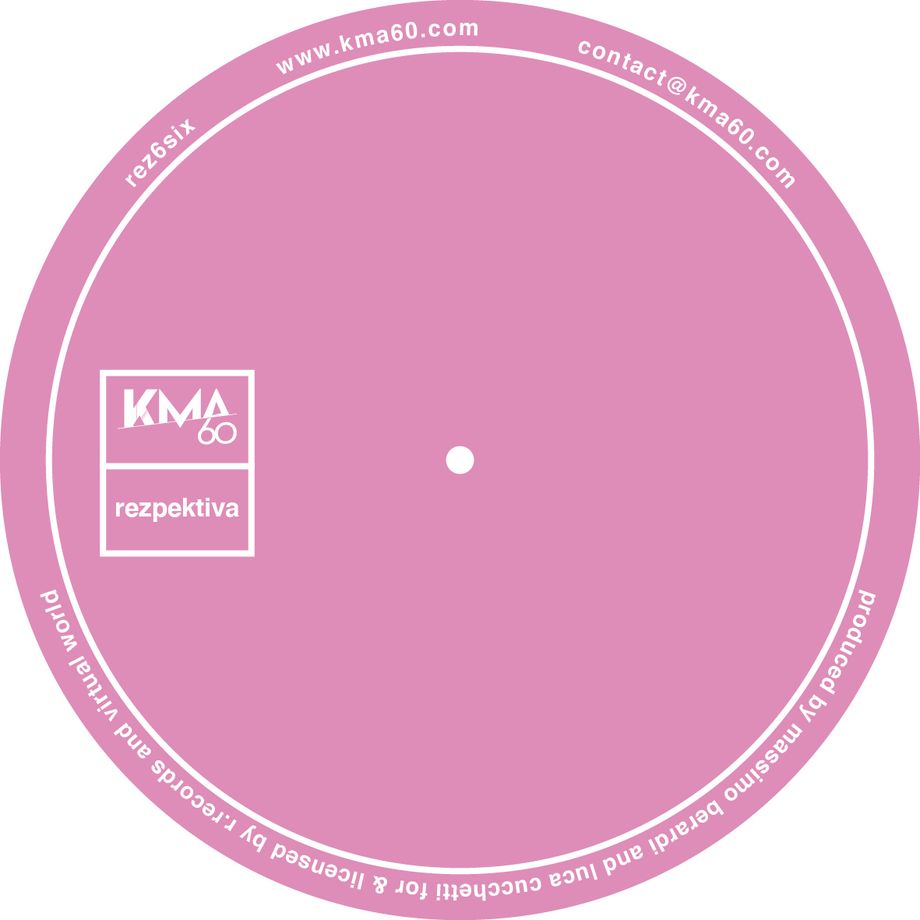