Various
The World I Want Would Be Celestial, Wet 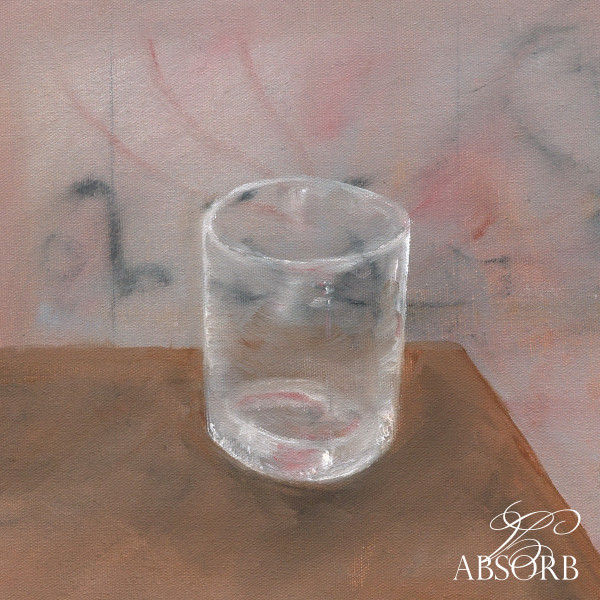 A glass half-full. The World I Want Would Be Celestial, Wet is the first full-length release from record label, Absorb. The eagerly awaited compilation features acclaimed and lesser-known artists, presenting thirteen works made between 2020 and 2021. Classical re-presentations, squealing electronics and other "wait-for-it" moments are pieced together by label head, Kavil and the ethereal work of painter, Matthew Asling. The result is something windy and heady. A feeling that is drifting. Crucially, the double LP serves as a timestamp of a very special chapter of contemporary experimental music being made in Naarm (Melbourne) and its surrounds. Taken in, soaked up, gleaming.

E Fishpool - I Don't Hate You 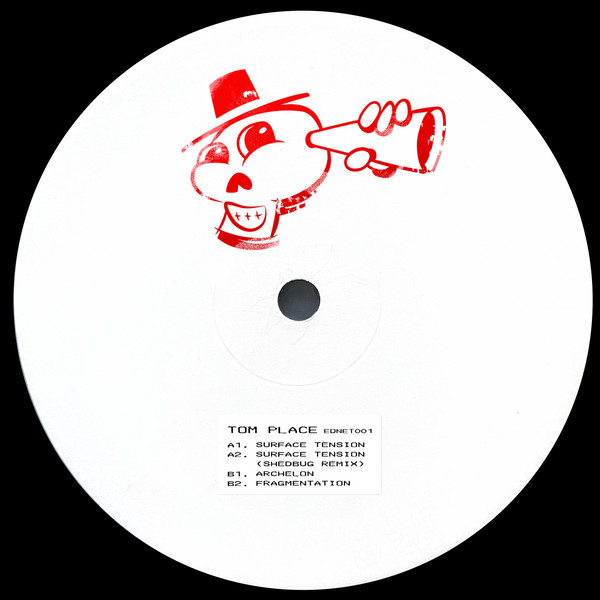 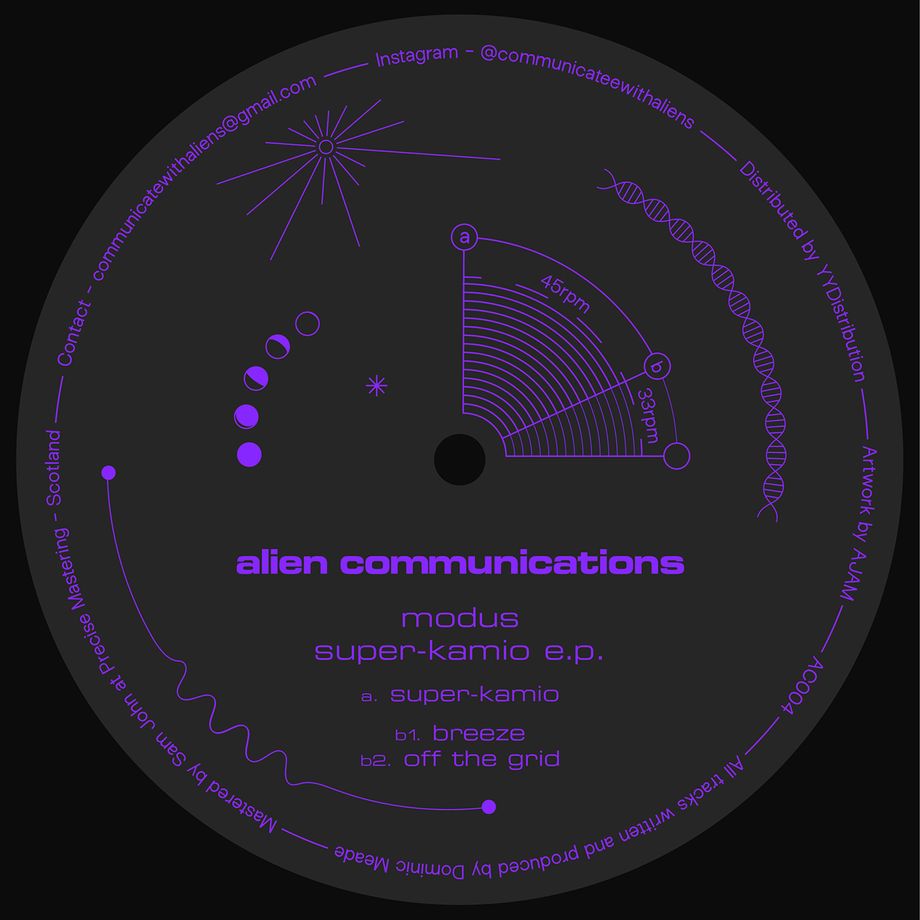 For AC004, we’re delighted to welcome Glasgow’s Modus to Alien Communications – for what’s planned to be the first of many collaborations. The Super-Kamio EP sees him delve into deeper territory, setting aside the pacy techno of recent releases for something a little more introspective.The title track, inspired by the Super-Kamiokande neutrino observatory, kicks things off with snappy drums and melodies which continue to evolve over the next 8 minutes. ‘Breeze’ lightens the tone with an arpeggiated baseline and playful melodies, whilst ‘Off The Grid’ heads into dance floor territory with syncronated stabs and warm pads bringing the track, and release, to a climax. 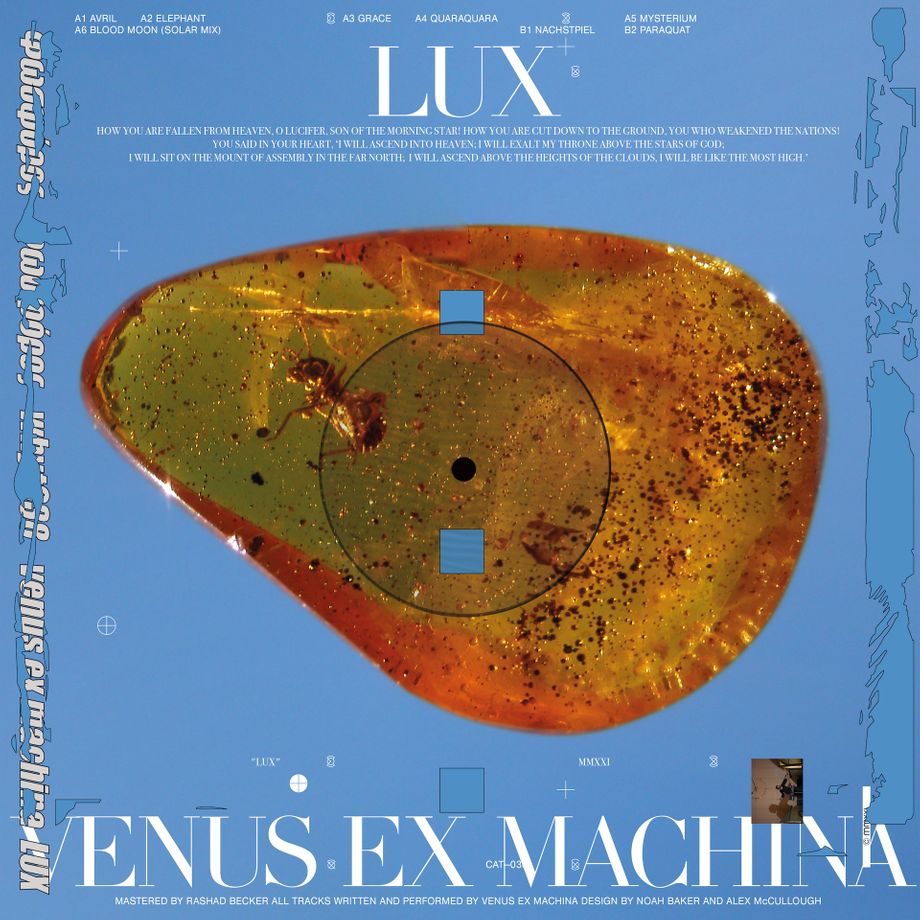 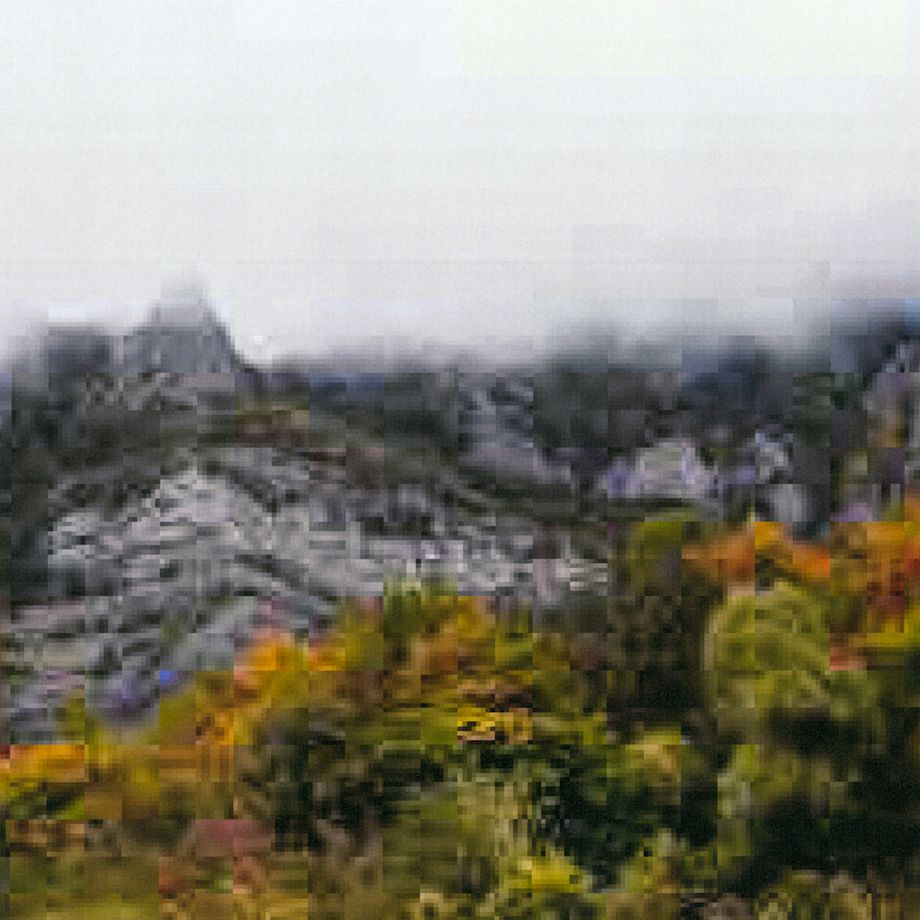 Jochem Peteri comes drifting back into earshot with some new NWAQ tackle in tow. Beyond the plentiful reissues of his timeless earlier works, Peteri is just as productive in the here and now. Now he’s minting a new label with three pieces that embellish the NWAQ soundworld with a fresh slant. ‘Above II’ is a crystal clear beam of light strapped to a kick that trips over itself with grace and poise. It’s forthright and yet wholly untethered, a pre-echo for the anchorless expanse of ‘Above I’, which buries some heavy bass ruminations very far down in the mix. That leaves it to ‘Dume’ to come staggering out all bleary-eyed, caked in last night’s distortion and yet still exuding a cracked beauty that stands up to the first light of dawn. The artwork which adorns this record is by environment sculpting internet artist Jan-Robert Leegte. NWAQ has always stood for a kind of environmental immersion, and this new emission compounds that idea in three distinct, refreshing ways. 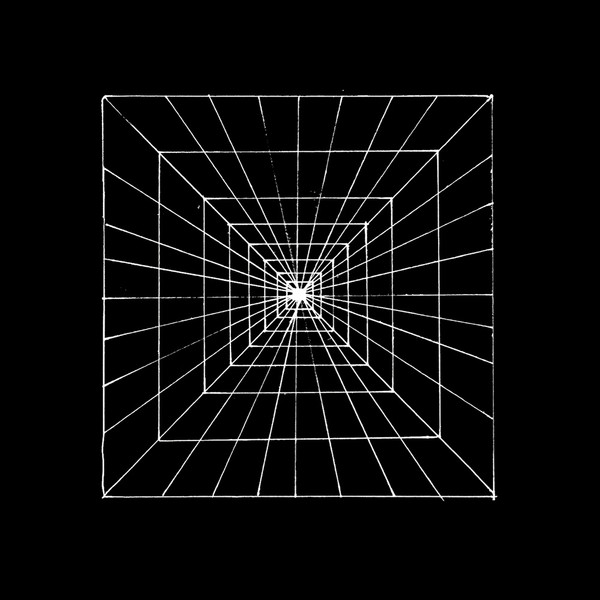 More Lonely Planets Rec. material entering our habitable zone. Star chaser Jack Roland capturing his dreams of darkness and distorted cosmic visions through the mysterious edges of the 'all there is'.From the electro fuelled A-side bringing ionising pads and convexing bass lines to high amplitude techno on the flip. Closing the story with downtempo 'Porta' in the afterglow. 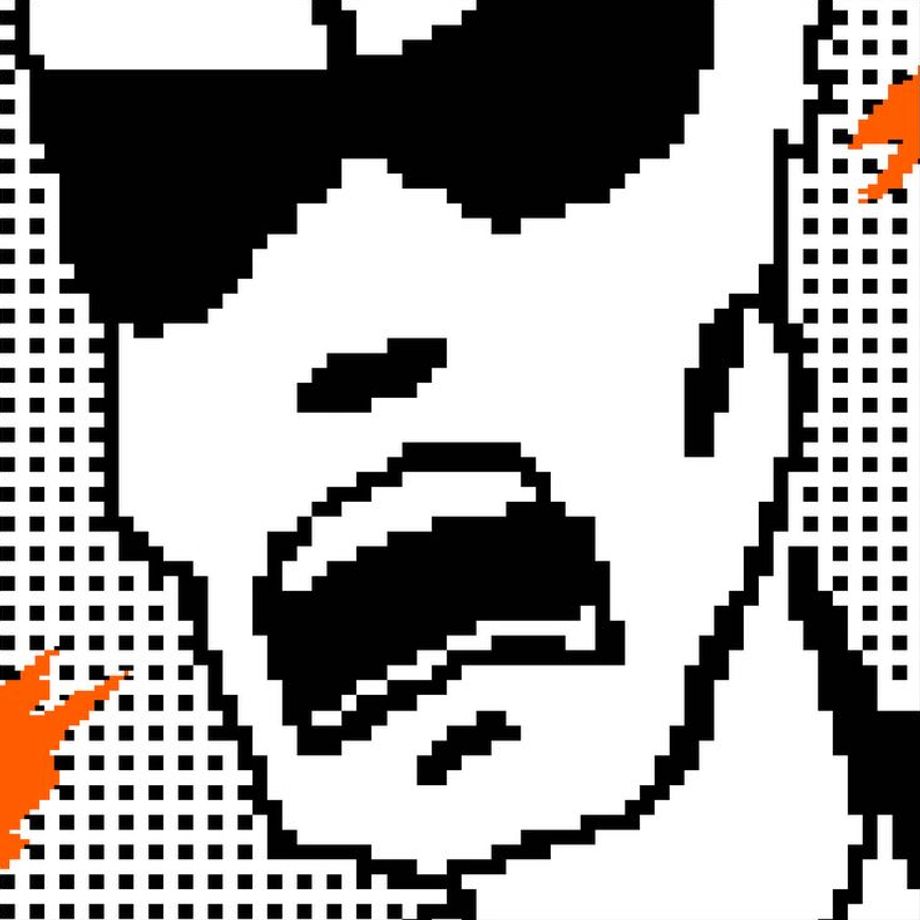 Mannequin Records is elated to present for the first time on vinyl the reissue of Giovanotti Mondani Meccanici’s first video soundtrack, originally released in 1984 as an audiotape in less than one hundred copies. Giovanotti Mondani Meccanici (literally Mundane Mechanical Youth) or GMM was one of the most unclassifiable audiovisual experiences to emerge from Italy in the 1980s. Maurizio Dami a.k.a. Alexander Robotnick, a pivotal member of GMM, was responsible for the group’s music output.Founded in 1984 by Antonio Glessi and Andrea Zingoni in Florence, GMM was an art collective whose production represents the quintessential expression of postmodern transmedia hybridity. GMM pioneered the genre of computer comics, created video installations, developed “multiple identity” performances, and was involved in fashion, media, and music productions, and later on produced cyberdelic environments, artificial reality projects, and proto-memes.Alexander Robotnick’s first contribution to GMM was this soundtrack for the group’s eponymous first video, the animated version of a computer comics they coincidentally published on legendary Frigidaire magazine. Restored by Dami and reissued here for the first time by Mannequin Records, the composition was also split into two “suites” and released as an audiotape distributed by Materiali Sonori, also responsible for other releases by both Robotnick and GMM.Determining in this work is Dami’s adoption of the alphaSyntauri, also known as the first affordable digital synth (priced less than $2000 when it was released in 1980), which was playable through its own software, “alphaPlus,” on the Apple II computer. The same computer was used by Glessi to “draw” the 3-bit strips scripted by Zingoni recounting the joyrides of the Giovanotti Mondani Meccanici, three merciless cyborgs in black suit and sunglasses dividing their time between nightclubs, rapes and murders.As Robotnick, Dami developed an innovative formula of Italo disco that was attractive to the dance floor yet at the same time highlighted the expressive properties of the instruments he used, notably Roland drum machines and Korg synthesizers. For the soundtrack of GMM’s videos and installations, he left aside the danceable synth rhythmics in favor of ambient sounds that produced rarefied atmospheres, psychological tensions, and enhanced states of consciousness.Dami’s scores for GMM’s artworks could be associated with Italian avant-garde music of the 1970s and 1980s, ranging from composers who adopted electronics flirting with pop and songwriting to minimalist musicians exploring seriality and drones, including Franco Battiato, Roberto Cacciapaglia, Francesco Messina, and Riccardo Sinigaglia. Analogies could also be traced with the playful and humanizing approach to personal computers that characterizes the music output of Marcello Giombini and Doris Norton.The futuristic escapism of minimal synth and ambient music’s psychological nature is infiltrated by drifting harmonics typical of new age, as if in search of a spiritual dimension of technology. Characteristic of the postmodern ethos of GMM Suite, in line with the humanizing approach to technology that is at the base of GMM’s computer comics, is the melancholic take at speculative dystopias in which human beings would find themselves increasingly trapped into identity crises: a true cyborg’s melodrama.Limited edition of 500 copies, (orange vinyl)